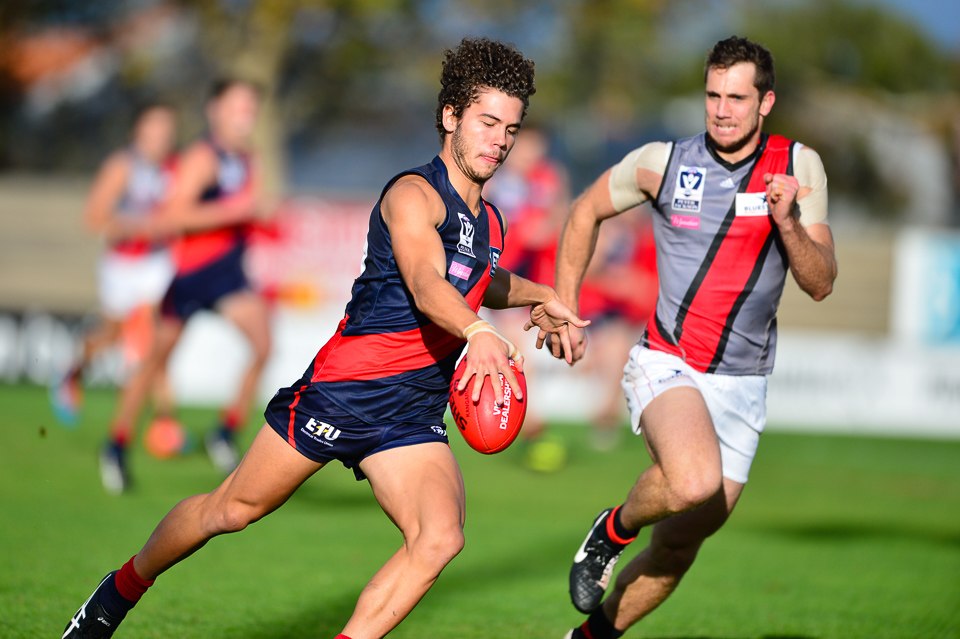 Hurt by a slow start and inaccurate conversion, Coburg suffered a 26-point loss at the hands of Essendon at Piranha Park this afternoon.

Coburg started slowly and was hurt by turnovers and skill errors due to Essendon’s intensity and pressure around contests. Poor kick-ins were punished by the Bombers while the Lions also struggled going forward. Josh Cauchi continued his impressive goal kicking form to boot the Lions’ first after winning a 50-metre penalty.

Coburg improved after hitting the scoreboard but the Bombers responded late and controlled the opening quarter.

Michael Hartley found a lot of the ball down back. He had 15 spoils, nine rebound-50s and was assisted well by Ben Clifton (14 possessions).

Coburg got off to the perfect start in the second term. Liam Brandt lost his opponent and converted within the opening minute but Essendon lifted and the Lions were forced to defend for the vast majority of the term. Essendon dominated possession and clearances and created more chances but were wasteful at times.

The Lions looked dangerous on the fast break but were unable to lock the ball inside 50. Blustery conditions continued to plague the Lions’ ball use and they trailed by 24 points at half time. 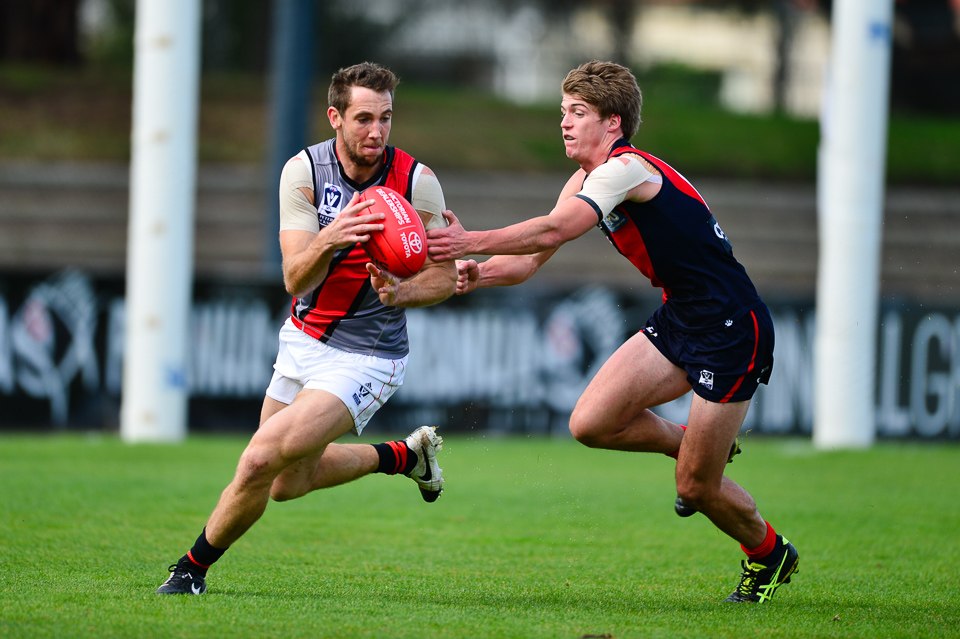 Coburg again scored quickly in the third quarter – Cauchi got his second after a sharp Dion Hill handball – and improved in all facets. Run and carry, movement, transition all lifted. The Lions constantly played on quickly and looked dangerous when taking advantage of the open side of the ground.

A defensive turnover enabled Essendon to hit back and deflate the Lions efforts increase pressure and build momentum.

Despite goals from Lech Featherstone, Danny Younan and Nathan Thomas in the final term, Coburg was unable to reduce the deficit as the sides traded goals.

Younan was lively up forward but struggled to convert his chances and finished with 1.4.

Daniel Venditti and Cale Morton again found a lot of the ball. Venditti finished with a team-high 30 possessions, six tackles and seven clearances while Morton collected 29 touches and nine rebound-50s.

Jordy Williams worked hard to win nine of his 14 possessions in contests.

Liam Hunt was another solid performer, whose 24-disposal performance was one of his best so far this season.

Coburg now have the week off before heading to Burbank Oval on Sunday the 24th of May where both Senior and Development sides will face Williamstown.

Hartley the Burger backman with the lot