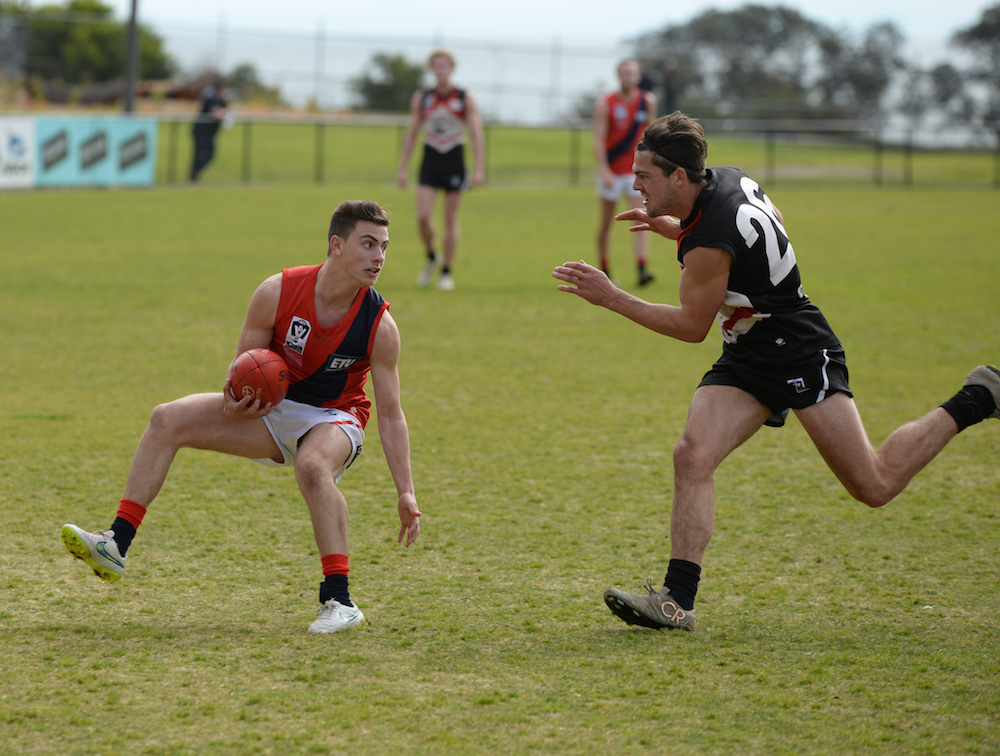 Coburg endured a tough first half before kicking away in the second to defeat Frankston by 34 points in the Development clash at Frankston Oval on Sunday afternoon.

Andrew Sturgess and Liam Hunt lead the way for the Lions in the midfield. Sturgess (33 disposals) impressed with a typical tough display while Liam Hunt (35) stood up when needed in the second half and also chimed in with an important late goal.

Damon Symes contributed with three first half goals and was well assisted by Joel Madden, Julian Hemala and Brandon Bailey – who booted two each.

The Development Lions again started sluggishly, allowing the Dolphins to control all the early play. An impressive goal on the run by Bailey kicked the Burgers into gear and was soon followed by a terrific gather and snap by versatile Symes.

Madden chased hard to force a turnover and convert from the boundary but it was Coburg’s turnovers that had the biggest impact. The Lions coughed up possession in the centre of the ground too often late in the quarter and were punished by the home side, who were able to steal the lead back. 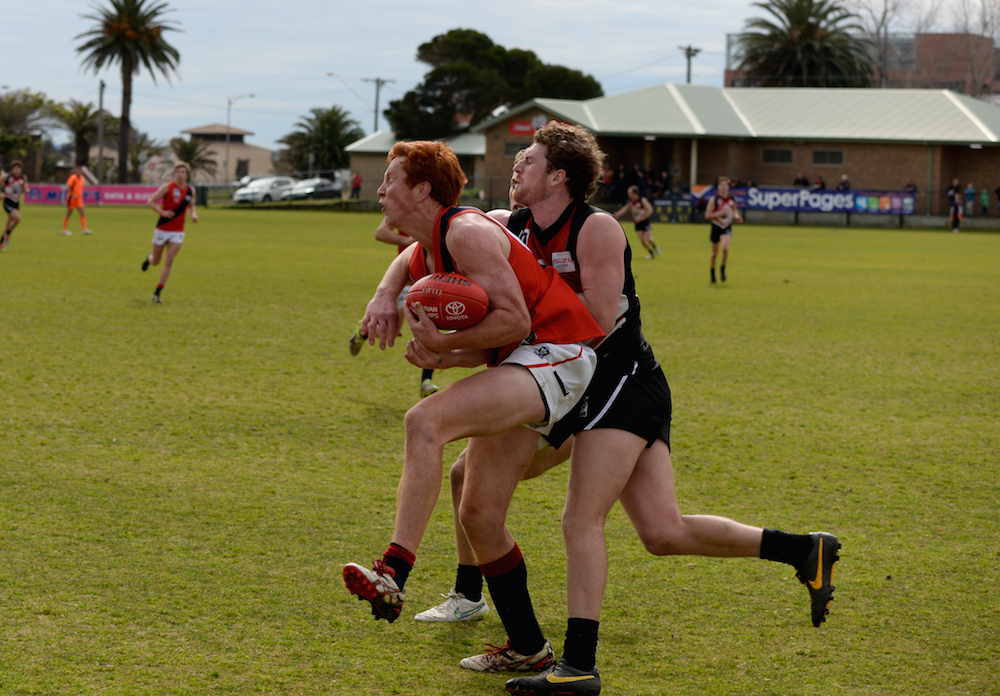 Cameron Holdsworth, Callum Urquhart and Rory Lehmann spoiled well and were solid down back while Jordy Rogers constantly set up his fellow defenders to ensure Coburg stuck to their structures.

The Burgers stormed out of the blocks and piled on five unanswered goals to start the second term. Coburg threatened every time they went inside 50 and improved their transition. Josh Cauchi capped off a coast-to-coast move started by a smart Sturgess handball inside defensive 50. However, like the opening quarter, the Lions dropped off considerably, allowing the Dolphins to hit back with four goals of their own to retake the lead at the main break.

The inaccurate Dolphins went goalless for the entire second half as a miraculous Ricky Schraven long bomb helped the Lions gain control of what remained a tight, even, hard-fought affair. The Burgers weren’t always efficient or effective with their ball use but willed themselves forward to generate scoring chances.

Richie Bamblett and Josh Totino looked to surge Coburg forward at every opportunity and a flurry of late goals in the last term killed the contest, allowing Coburg to coast home to a comfortable win.