Development side notches important round 1 win 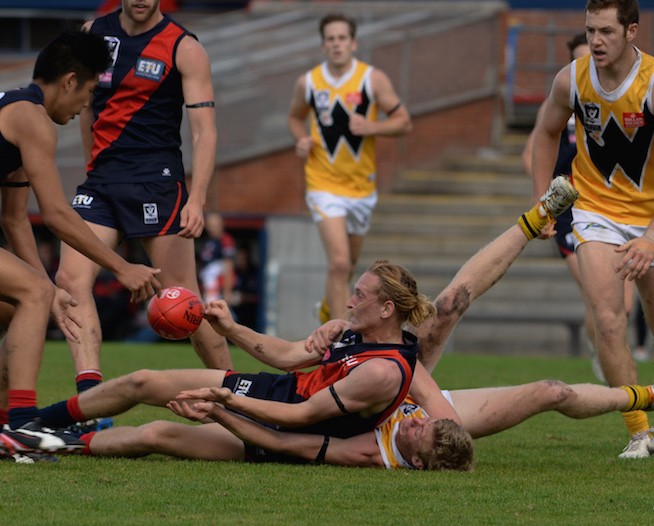 Four goals from Tom Gleeson helped Coburg’s development squad get the 2015 season off to a winning start with a 48-point victory over Werribee at Piranha Park.

Gleeson marked strongly on the lead and in packs and was well supported by Dean MacDonald (3 goals) and Jordan Tabakman (2) as Coburg lead for the duration of the game.

After a disappointing 2014, the development squad built momentum immediately when Gleeson – playing his first game for the club – marked strongly and goaled after a Nick Robortella clearance helped create a quick inside 50 entry in the opening seconds. Despite a Werribee reply, the Lions gained the ascendancy and dominated possession thanks to relentless pressure and strong ball use.

Ricky Schraven set the standard with his accurate disposal while Josh Iacobaccio – who had 26 disposals, eight clearances and five inside 50s – constantly looked to surge Coburg forward.

Gleeson continued where he left off in the second term, booting his third goal to again put Coburg on the front foot and Tabakman chimed in with his second soon after. The game was halted after Jordan Rogers was dumped heavily in a tackle and this allowed Werribee to reset and lift, locking the ball in the forward half and reduced the margin. Coburg struggled to get the ball out of defence and were hurt by turnovers but good disposal improved transition and, despite Tabakman’s late miss, took a healthy 24-point lead into half-time.

Coburg extended it’s lead late in the third term with a run of goals ignited by a long kick by Calder Cannons-listed Ben Allen, which was marked strongly by Ben Sortino – who converted. Julian Hemala was lively and played a role in multiple Lions goals, finding Gleeson on the lead for his fourth major of the afternoon.

Hemala was later moved into the middle and, along with Daniel Cooper, won clearances for his side. Dean MacDonald goaled on either side of the three-quarter-time break to ensure Coburg maintained the margin and ran away comfortable winners.

Cooper collected a team-high 26 possessions, Robbie Fox was solid in defence and was well supported by a composed Robortella – who finished with 22 disposals.

The result was marred by a report to hard-hitting midfielder Josh Totino. 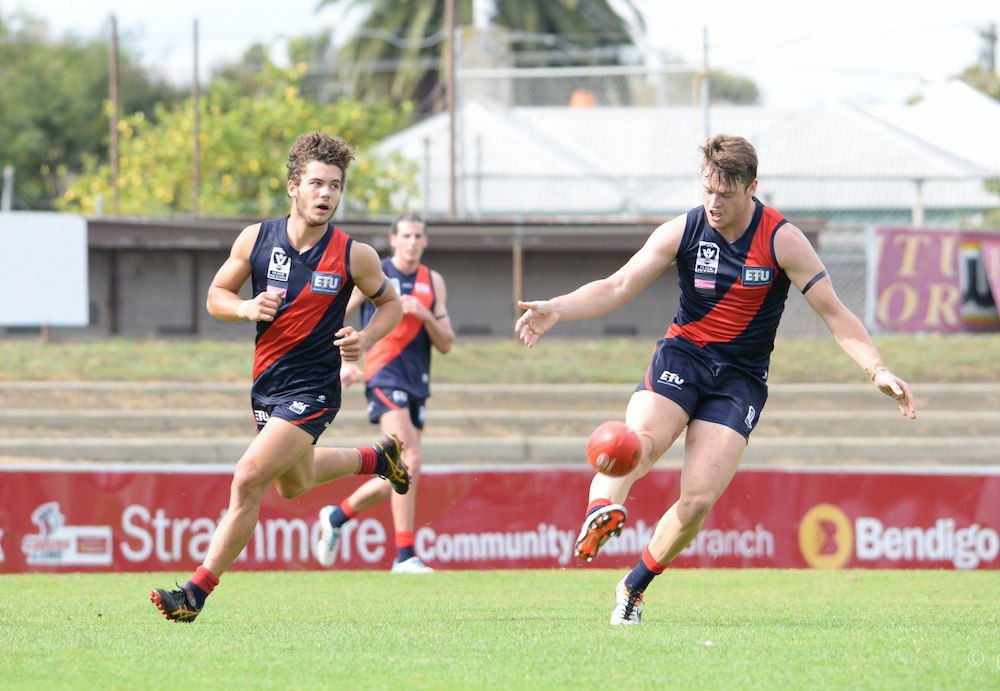 Vance Joy to be Coburg’s number one ticket-holder