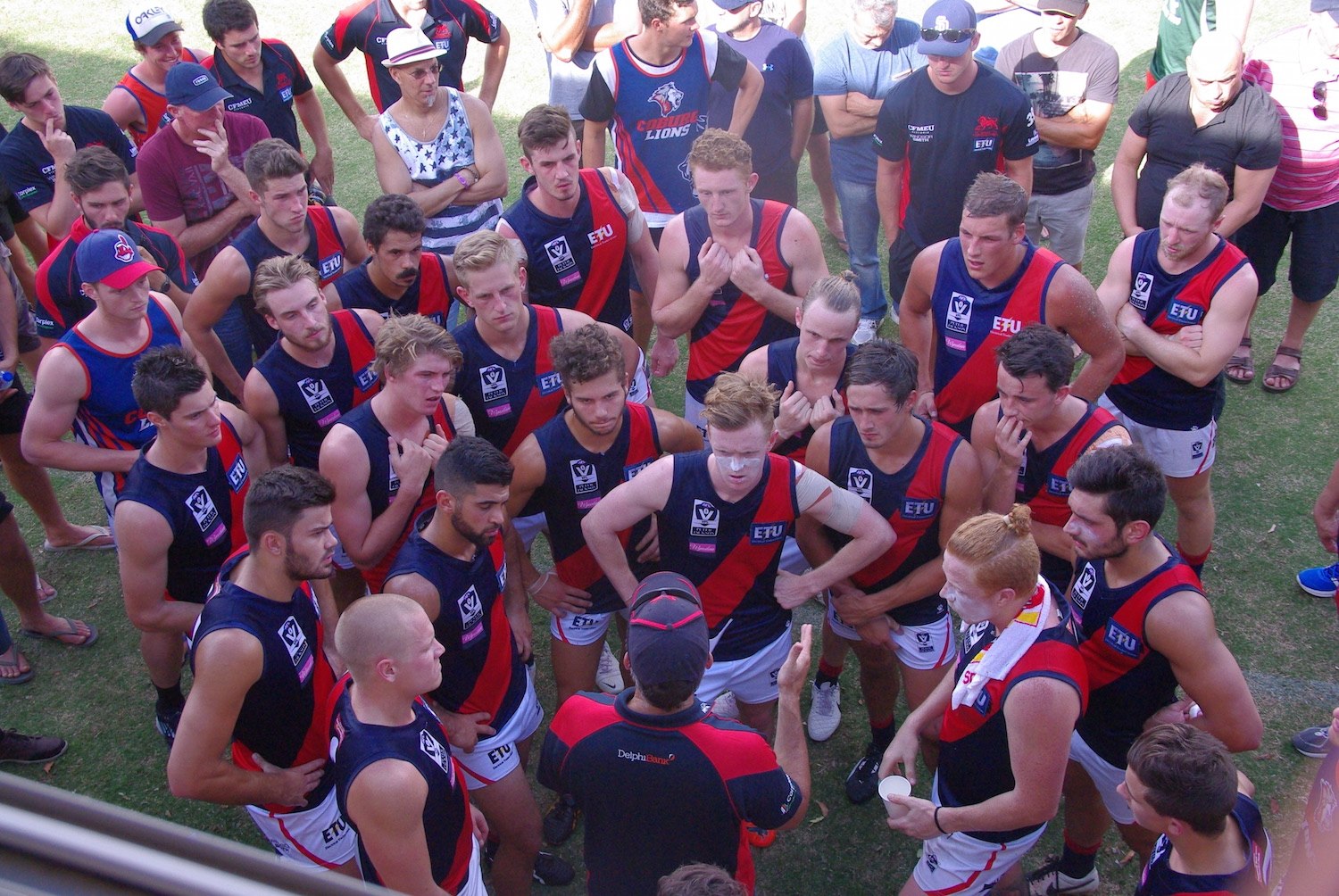 Coburg survived a second quarter scare from Yarrawonga but recovered to stroll out 48 point winners against the Pidgeons on Saturday afternoon.

The match was a part of Coburg's community pre-season camp up towards the state border with the hit out against Yarrawonga to be the first pre-season match of the season for the Lions.

Following the Development side's convincing 127 point victory in the match before, the pressure was on former AFL star Brendan Fevola as the playing coach of the Yarrawonga Pidgeons to lift his side against the young rising Lions.

The Lions struck early through new signing Jordan Tabakman who got the Lions first of the afternoon. Rising key forward Dion Hill quickly got off the mark with his first of the day as Coburg rushed out to a 25-0 lead, but a late strike on goal at the siren got the Pidgeons on the board to trail by 4 goals at the first break.

Despite the dominance up forward, led by new playing Forward Coach Nick Carnell the new look midfield featuring three new on-ballers and a ruck man struggled to gel together at its' maximum potential leaving Coburg down on contested possessions and clearances.

Now 34, Fevola is the playing coach at Yarrawonga and led by example in the second term booting three goals to drag his side up and closed the margin to two goals just before the break playing on 19-year-old former Vermont key defender Rory Lehmann, who no doubt would've accumulated a great deal of experience playing on the former Coleman Medallist.

However, the Lions seized control of the contest in the second half and destroyed any chance of a comeback through young Northern Knights acquisitions Liam Hunt and Joshua Iacobaccio building in confidence.

Danny Younan enjoyed a solid day out using his experience, and strength for his position to snag four goals, wreaking havoc across the Pidgeons backline.

Down back, the tough as nails Ben Clifton led new Lions Keenan Posar and Robbie Fox showing again why he excels in his role as vice-captain.

Amongst the midfielders, Hunt on debut led the Lions in disposals and new signing from Vermont Lachie Johns' 6 clearances were instrumental in the victory.