Marcus Lentini and Jesse Corigliano have been named in the Hard Yakka/Totally Workwear VFL 2019 team of the year for their outstanding performances in the 2019 home and away season. 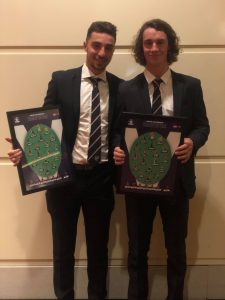 Presented with the accolade at the J.J Liston medal at Crown Palladium on Monday night, the pair were named on the interchange in the 24-man squad alongside some of the competitions most prolific names.

The J.J Liston medal night at Crown celebrates the season of the Victorian Football League competition and recognises all players accomplishments.

As the co- winner of the 2018 Jim Sullivan Medal in his debut season and Brad Nimmo Medal as the Best and Fairest Runner Up in 2019 at Coburg, Marcus Lentini has now earnt his spot in the VFL team of the year for the second consecutive season. 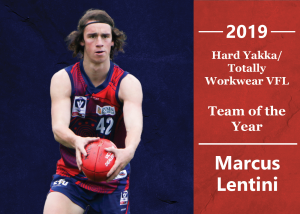 The 20-year-old finished the season in 2ndplace for leading disposals in the competition with a total of 541 for the season and an average of 30.1. Lentini also managed to kick 9 goals and lay 78 tackles in his exceptional 18 matches this year.

During the season Lentini was selected in the VFL team of the week for performances in round 10 (43 disposals), round 13 (35 disposals), and round 19 (31 possessions, two marks, four tackles and three goals).

“I’m so honoured to be part of the team of the year for the second time and coming out of the NAB League I did not expect this. I’m loving it at Coburg all the boys are really good, and we’ve got a really good culture and can go forward with great optimism.”

“If it wasn’t for the midfield group I wouldn’t be standing here right now, a big thankyou to those boys as well, without them or the team I wouldn’t be here.” 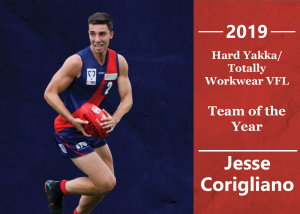 In his sixth year at Coburg and as the clubs current longest serving player, Jesse Corigliano joined Lentini in the team of the year after a season of consistency and persistence.

Known for his solid defence and leadership in the back six, Corigliano also managed to press forward to kick five goals in his 17 matches this year.

Corigliano shared the vice captaincy with Luke Bunker during 2019 and was selected in the VFL team of the week in round 5 (10 rebound-50s) and round 13 (25disposals, eight marks and 12 rebound-50s).

Reflecting on his achievement at the J.J Liston trophy, Corigliano said, “I’m pretty shocked to be honest, I guess it is a reward for a pretty consistent year. I couldn’t have done it without my teammates, there’s so many guys that I play with whether it be Harry Nolan, Lochie Dickson, Tyson Lever who are great players in their own right.

The club congratulates Marcus and Jesse on a fantastic season and are proud of their accomplishment to be named in the Hard Yakka/Totally Workwear VFL 2019 team of the year! 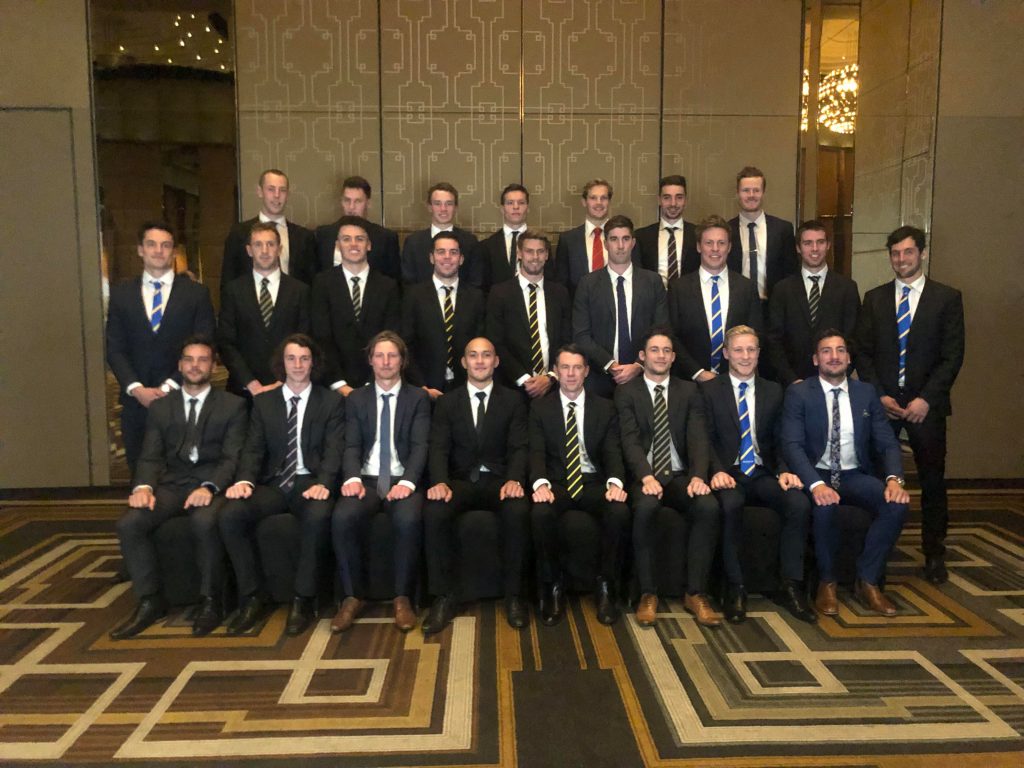 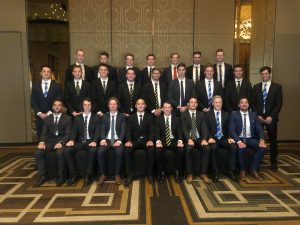