Saturdays Division One Grand Final saw Craigieburn with Tye Browning go head-to-head with East Keilor at Windy Hill. Not only was a premiership at stake, but promotion to Premier Division. Craigieburn led from start to finish to record a 37-point win, with Browning contributing to the win being named one of their best. It wrapped up a solid stint for Browning in his time at the Eagles, being named amongst their best five times from eight games. 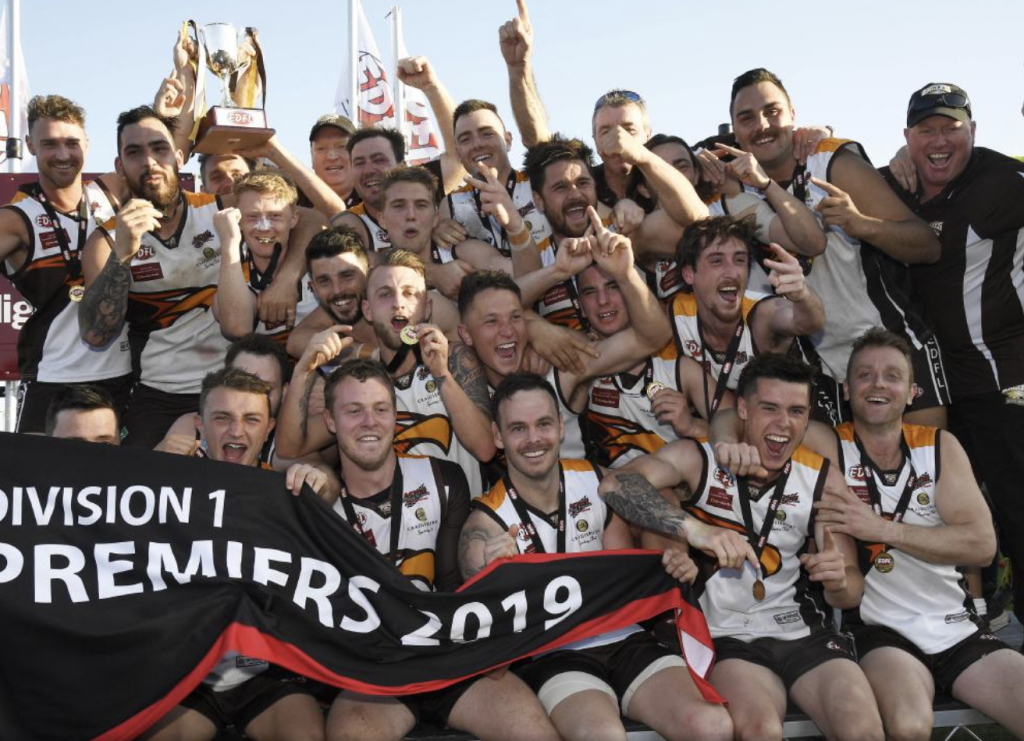 Ben Reddick and Lucas Cavallaro geared up again for Strathmore as they ended up going down narrowly to Aberfeldie in the preliminary final on Sunday at Windy Hill. After leading at quarter time, the Mores gave up the lead and would eventually trail by 20 points at three quarter time before coming back in the final term to lead by 9 points in time on. However, Abers would kick two late goals to hold on and win. Reddick stood up and was named in the best players for the second time in 2019 and wraps up his season at local with a goal from 13 games. Cavallaro also contributed and wrapped up his season with the Mores with 18 games, a goal and being named amongst the best three times. Strathmore, fielding a young team this year will look to build on their success this season in 2020 and beyond.

It was a case of Déjà vu in the Division One Northern Football League preliminary final when West Preston Lakeside with Aidan Tilley took on North Heidelberg. The Roosters got the jump on the Bulldogs and held a good lead at quarter time, only for it to be reeled in to trail at half time. With the scores level at 3 quarter time, West Preston pulled away with a four goal to two last quarter to secure a Grand Final berth for the second year in a row. Tilley contributed to the win again, and so far in 11 games has kicked 19 goals being named amongst the best 3 times.

The Roosters will now meet minor premiers Greensborough for a tilt at back-to back Premierships this Saturday at Preston City Oval.

Rupertswood with Billy Cannolo capped off a dominant season, winning their Grand Final with a huge 85-point win over Wallan at Sunbury’s Clarke Oval on Sunday. Cannolo kicked two goals and was named second best as Rupertswood led from start to finish.

That’s a wrap for Local League Lions for 2019. Stay tuned as to how Aidan Tilley and West Preston-Lakeside go next Saturday.

We hope you enjoyed the updates for our players, when not selected for VFL football throughout the 2019 season.

For all updates throughout the offseason, please subscribe to our newsletter here.