A tight contest all day with both the Lions and Dogs playing with high intensity and showing a hunger at the contest. With a first half even in the contest, only 17 points separated the teams at the major break, with the Dogs going in as the team to chase. Peter McEvoy kept the Lions close all day, kicking 3 goals for the game.

With now AFL star Josh Dunkley leading the midfield charge in the last meeting, the Dogs were too strong in the end running out 10 point winners over a gallant Coburg outfit.

1 game left to play, an unfortunate shift away from Piranha park and a whole lot of pride still to be gained, Coburg will be giving it their all this Saturday as they take on Footscray.

After a hard fought 38-point loss in our last game against Williamstown, the Lions will look to bounce back quickly and take a win into the 2020 pre-season.

With a season full of promise and player development being shown across the season of 2019, Coburg are confident that the potential they see in the group will shine in the near future.

Footscray come into their last round of the normal season and heading into a finals series that might bring more than just the four points they have fought for each week. With 2 weeks of brilliant performances by the Dogs after knocking off premiership fancy Essendon and scraping a 6-point win against a gallant North Melbourne outfit, spirits at Footscray are high.

The Dogs will look to finish their last game in style as they shape up to have a tilt at the premiership cup. 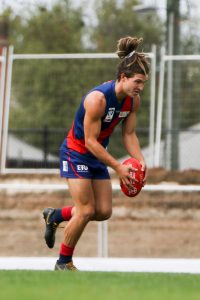 With an incredible goal kicking start to the season hampered by an ankle injury Lowson in just a few games back has already shown his class again. With a gradual build-up of confidence Lowson will look to have a strong end to his VFL season and prepare for what is to come, wherever that may be. 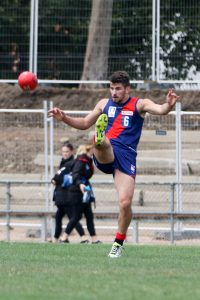 Playing like a seasoned premier VFL defender already in only his second year, Harry’s confidence will be sky high heading into his last game of the season and ready for a big pre-season. Commanding the backline as he has done all year, Harry will be key if Coburg was to have a chance to take away the win this weekend against Footscray. 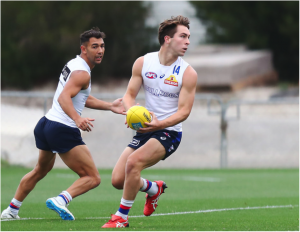 Son of a Western Bulldog great in Scott West, Rhylee has been in fine goal kicking form in his last 2 games for Footscray. Debuting in the senior side only a couple of weeks to go, West will look to put his best foot forward again as his VFL side look to embark on an exciting finals series. 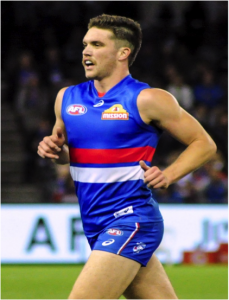 With 21 touches and a best on ground performance in a close win against North Melbourne, Williams will be key to a Dogs win this Saturday. Incredibly versatile playing both in the midfield and across half back, he will be a player to watch when they take on the Lions.

A season filled with both incredible highs and no doubt some lows, although there is one thing for sure, the development of the Coburg playing group along with the optimism of the coaching stuff indicate that season 2020 will only be further improvement.

Coming in for out last game of the year against Footscray, we would urge and love to see all the Coburg faithful make the trip up and watch the Lions for once last time.

Written by Ali Taleb, who is in his first year of his Bachelor of Business (Sports Management/Communications) degree at Latrobe University. The Coburg Football Club is in a position to offer opportunities as the one Ali has taken. They are committed to educating our next generation of football leaders.

LIONS TO ROAR ONCE MORE