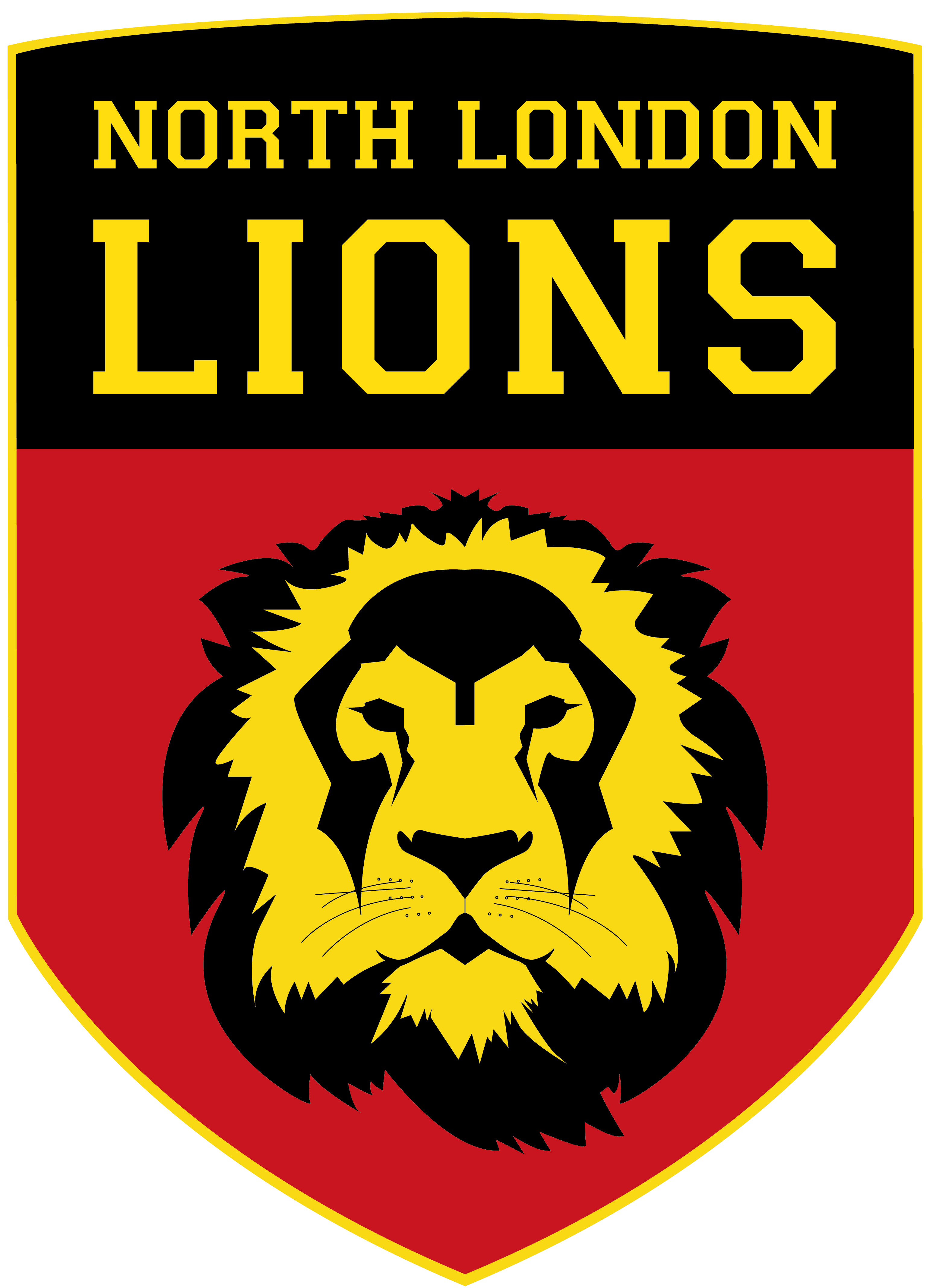 Established in 1990, the North London Lions are one of the founding clubs of the AFL London competition, formerly the BARFL (British Australian Rules Football League). Growing from a few mates meeting in Regents Park to having a kick and a few fosters, the club has gone from strength to strength, starting with 1 men’s side in the inaugural competition to now fielding 3 men’s and one women’s teams across AFL London’s 5 divisions.

A little known fact of the club is that at the time of the naming, NLL were almost called the Bombers but owing to certain events in London at the time it seemed a wise choice to instead become the Lions. Along with our infamous club mascot Clarence, the club is synonymous for its red and black jumpers, Melbourne’s ‘Grand Old Flag’ victory song and in recent times, the world renowned raffle.

An eclectic mix of players through walks of life and nationality, the club has seen numerous AFL footballers Don the famous jumper right through to Europeans, South American’s and Africans who have never seen the game, let alone kicked a sherrin.

To find out more about the North London Lions, please click here.