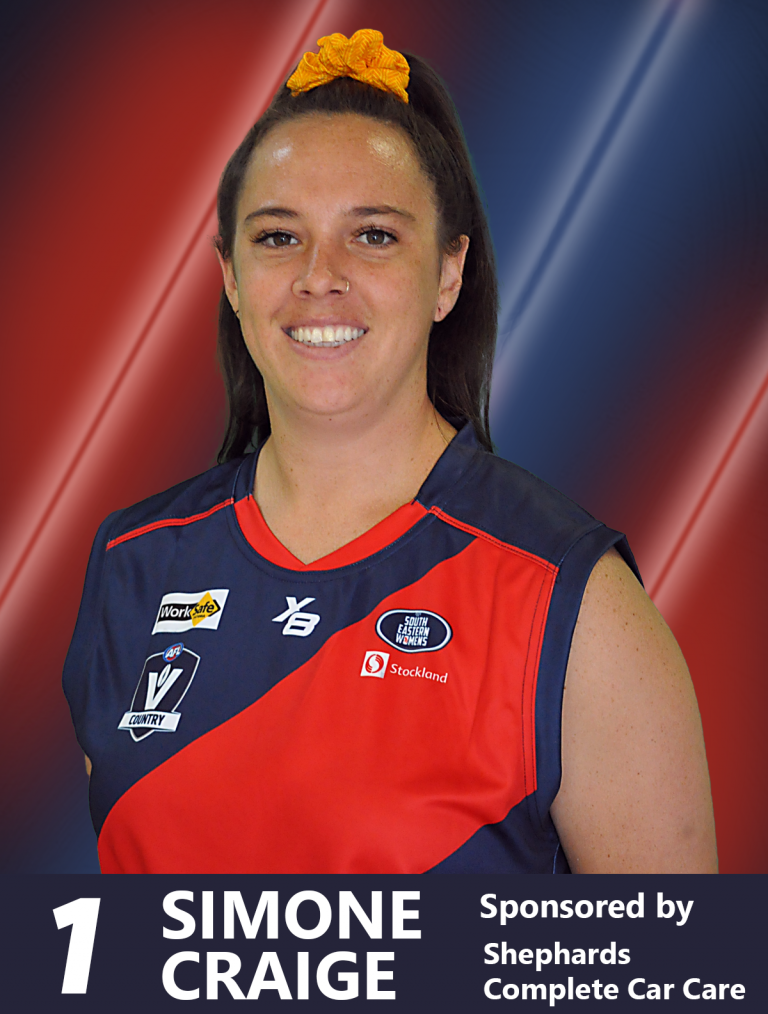 After playing for the Sunbury Lions for most of her footy career, Craige was lucky enough to play for Carlton’s VFLW team in 2019, after experiencing an array of success at local-level football. Craige was the runner-up in the EDFL/ WRFL Best and Fairest in 2017, won best-on-ground in a Grand Final for the Sunbury Lions and has made multiple appearances in the EDFL’s Team of the Year.

After playing for the Sunbury Kangaroos in 2019 and missing a year of footy in 2020, Craige is ready for a fresh start at Coburg in 2021.

Craige is best known for her midfield prowess, but did spend some time in the forward line and hit the scoreboard for Carlton in 2019. However, she is hoping to cement her place in the Lions’ midfield in 2021, as the club embarks on its first year in the AFL South Eastern Women’s competition.