Round 20 Lion of the Round: Luke Bunker 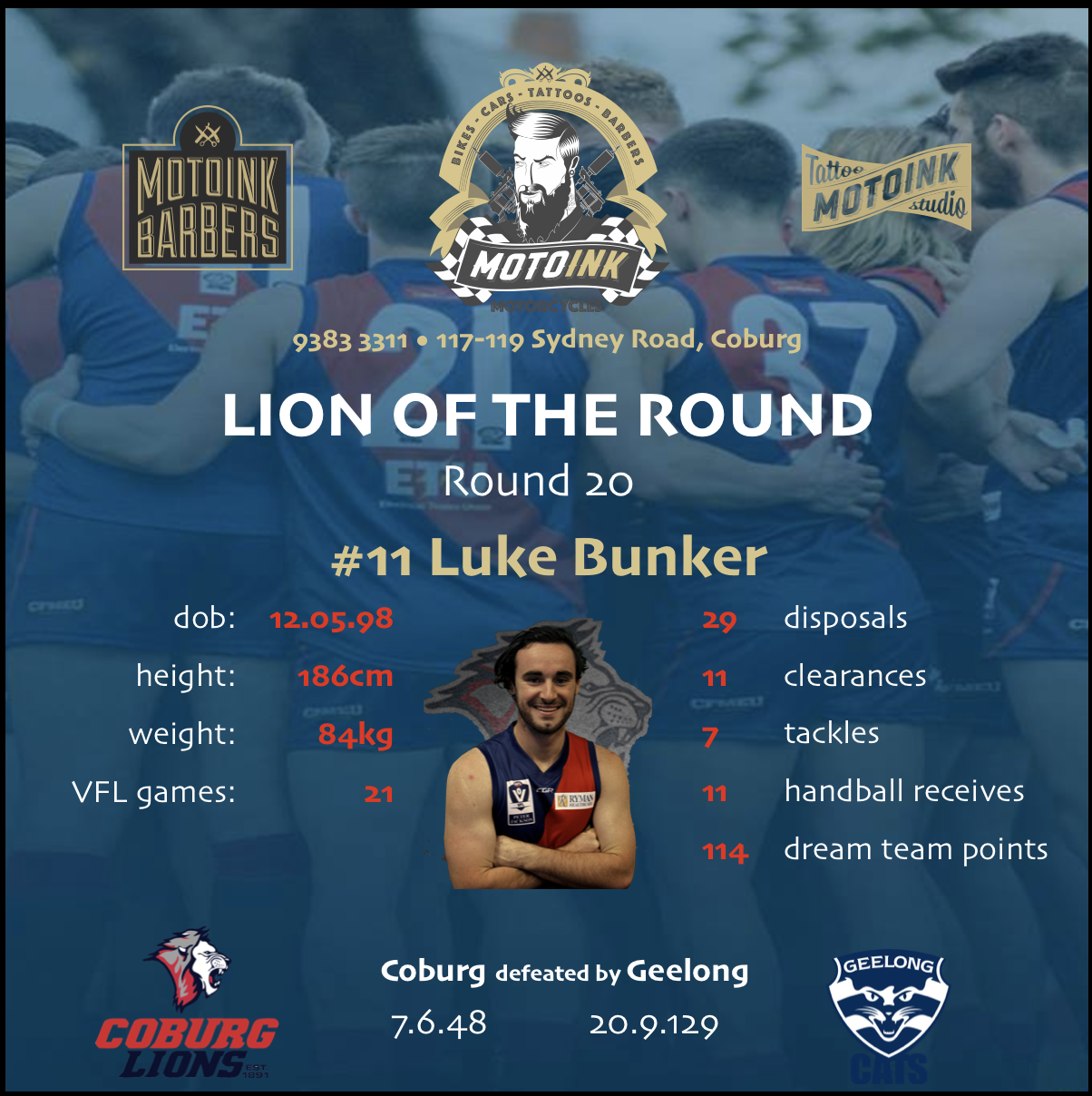 Luke Bunker has been named round 20’s Lion of the Round after a strong performance from the midfielder in Saturday’s clash against Geelong.

Bunker did not play his first game of 2018 until Round 10 after a knee injury sustained in pre-season curtailed his start to the year.

Although Bunker has played just 21 VFL games, he is one of the older players on the Lions’ list and his experience has been valuable since he returned to the side.

Bunker said his role on Saturday centred around playing as an inside midfielder.

“My role was to win the ball inside and win clearances as well as applying pressure at the source,” he said.

He finished Saturday’s game with 29 disposals to go along with 114 ranking points and a team-high seven tackles. He said the most pleasing aspect of his game was putting together a four quarter performance.

“Throughout this year I’ve felt like I’ve drifted in and out of games so I was glad I could stay involved for the full four quarters,” Bunker said.

His highlight of the season was the footy he was able to play in the later half of the year after coming back from a knee injury.

“It took me 3-4 games to get my rhythm back both physically and mentally but once I got back to my normal habits I was able to show what I can do and what I’ll be aiming to do for hopefully a full 18 games next year,” Bunker said.

From a team perspective, Bunker noted one clear highlight of season 2018.

“When we beat Frankston by nine goals we showed what we are capable of,” he said, “[It] gave everyone a glimpse of what we can do on a more consistent basis as we get more experience,”

Having already signed on for 2019, Bunker is excited for next season after the ‘massive growth’ the team has seen this year.

“We have been much more competitive and stayed within games longer in the second half of the season as we have been learning Leigh’s game plan and the way he wants us to play.”