THERE were seven of them, and they  sat in seats on the terracing on the  outer wing at the Coburg City Oval.

It was obvious which player the AFL recruiters had come to watch.

“Guess. But if you say the Coburg No 62 you don’t get a prize!’’ one of them said with a chortle. 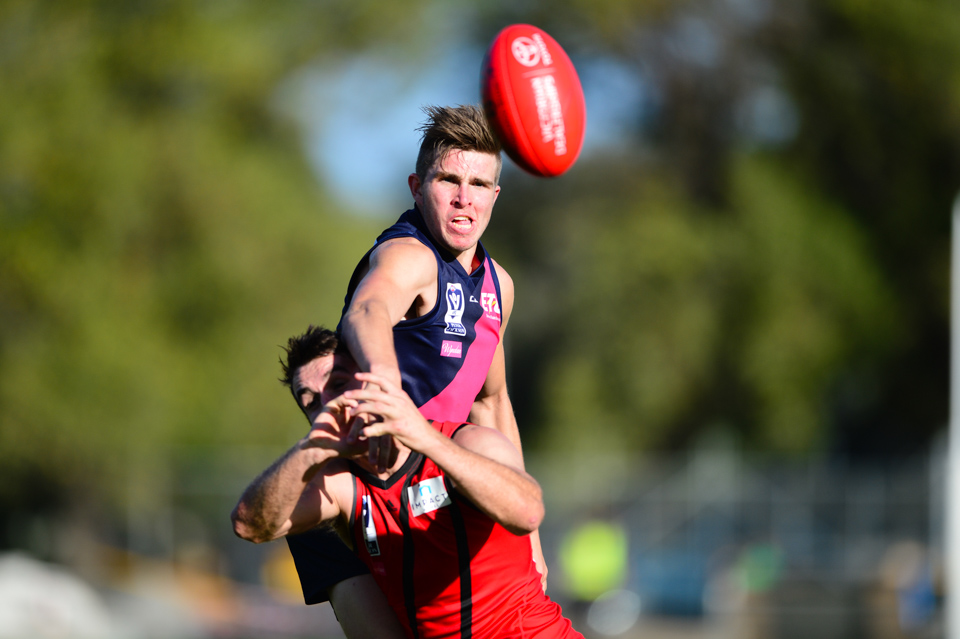 Luke Ryan  didn’t  disappoint the scouts in the Round 14  match against Sandringham.

Two weeks ago he was also named  in the list of invited players to the national combine at Etihad Stadium in October.

There is a boom about  the 20-year-old Lion; such is the interest in  him,  recruiters are saying he is a certainty  to go in the main draft. One or two are even suggesting  he might be a first-rounder, mentioning Sydney’s regard for the right-footer.

“I’ve spoken to a few clubs, and a few of them have spoken to my manager (Scott Lucas),’’ Ryan told Inside  Football.

“Exciting  time, to be honest. Can’t wait  for the combine.  Pretty stoked, because I wasn’t expecting it. Will get out there and give it a crack, same as I’m doing at Coburg.’’

Ryan’s rise from obscurity to  combine  scrutiny  is staggering. Six months ago few VFL followers had heard of him.

He arrived at Coburg in March  but only after missing the cut  for Essendon’s VFL squad.

Some people have had a laugh about that, wondering how the Bombers could have missed him.

The club and the player have somewhat divergent  stories  about how it came about.

An Essendon official  suggested injury problems hindered Ryan’s pre-season and the Dons had  committed to  youngsters who could fill the 23rd  player slot.

The  club recognised his  talent but in the end believed he would receive greater opportunities elsewhere.

Ryan told  Inside Football  he completed  all of  the training and was surprised and disappointed to be let go four  weeks before the season.

He said he had used his Essendon experience as a spur.

“I got told they’d have too many AFL players coming down to the VFL and they’d take my role,’’  he told Inside Football.

“Was  pretty disappointed about that. Essendon’s a pretty big club. I didn’t have any injuries, did the pre-season, won a time-trial, put on a bit of muscle.  I was going pretty well, I thought. But it made me more determined to have more of a crack and prove Essendon wrong.’’

The other fact that has emerged about Ryan is that he left the Calder Cannons abruptly  last year.

He was  with the  TAC Cup  as a top-ager, playing five games later in the season,  and was invited back as a 19-year-old. But  he didn’t last,  clearing out his locker in March.

His departure  from the Cannons  raised questions about his commitment to football.

Ryan admitted  it was lacking at the time but insisted  he’d matured, had adopted  good training habits and wanted to  reach the AFL.

“I didn’t get on with certain people,’’ he said of his stint at the Cannons. “I wasn’t enjoying it there. I just wanted  to be an 18, 19-year-old kid having a kick with his mates. Different  now. I’m putting in the hard yards. I’m doing everything I can to get that chance to play AFL footy.

Those observations find  agreement  from Coburg GM Craig Lees, who said Ryan had given the Lions not a hint of a problem since joining them.

He was quick to make an impression at Coburg: on debut he received the medal as best-afield in the Anzac Day match against Box Hill Hawks. 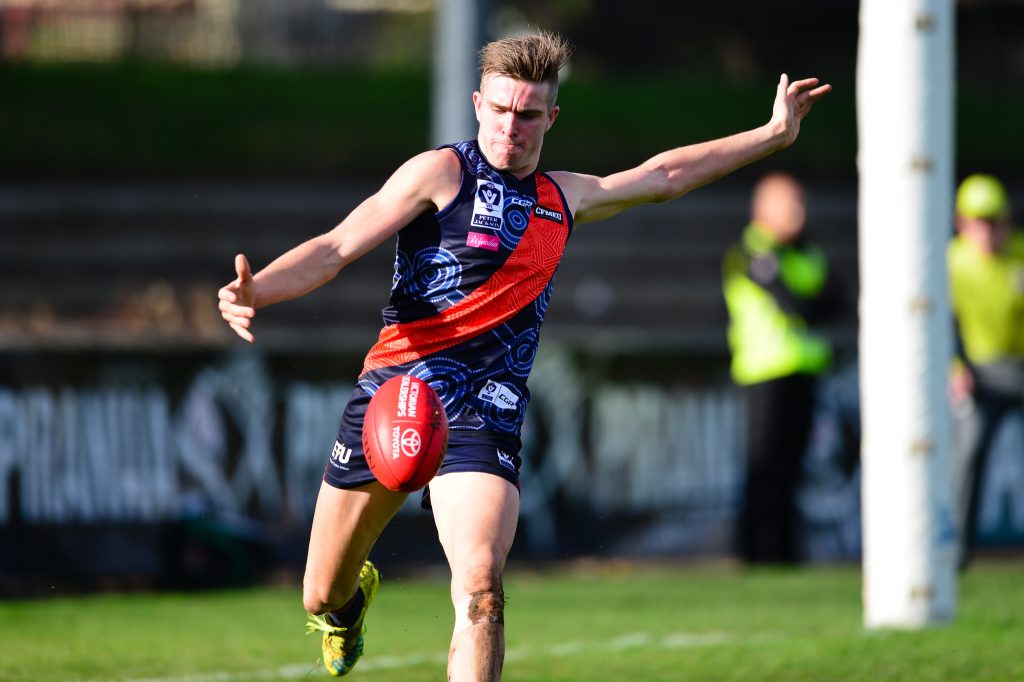 Ryan grew up in Werribee and with his family moved to Ascot Vale when he was starting high school.

He played juniors at Aberfeldie, crossed to Moonee Valley (where  Gold Coast Sun Peter Wright was a teammate)   and transferred to Maribyrnong Park in 2014, coming runner-up to Castello  in the best and fairest.

“He can play  in any position on the ground,  reads the play amazingly well,  great skills, wants the ball  in his hands.’’

Castello said he encouraged Ryan to play at the Cannons, but he was working long hours  as an apprentice carpenter and  was content to play with his mates.

“Calder were after him pretty heavily. But he wasn’t sure if he wanted to commit to their system. He was a little bit immature  at the time,’’ he said.

“We were struggling with relegation -  we thought we might be going down -  so his priority was to play with us. But  after a bit of convincing we told him, ‘Mate, for  your benefit you’ve got to go to the Cannons’.

“He  did go there  and play a few games. He went back the following year but just wasn’t enjoying it. Again, he came back to us. I said, ‘We’ll take you, but don’t give up on your footy career, think about the VFL’.’’

Castello pushed him to Essendon. He said he understood  Ryan trained well  and “did a lot of things right but maybe they (the Bombers) didn’t know how committed he was’’.

Falling into Coburg’s lap, he also fell under the coaching of Peter German.

“He’s helped me a lot. If I didn’t have someone like him I might have taken the easy  way and relaxed. He’s kept me focused.’’