The final Senior side for the season and the Development side to take on Port Melbourne in their crunch clash on Sunday have been selected.

The Seniors will see little change from the side who played Frankston before the bye weekend. Dylan Tarczon will miss from injury, while Tyson Lever will become the third Calder Cannon for the season to debut as 23rd man. Any further changes will be made from the extended bench. 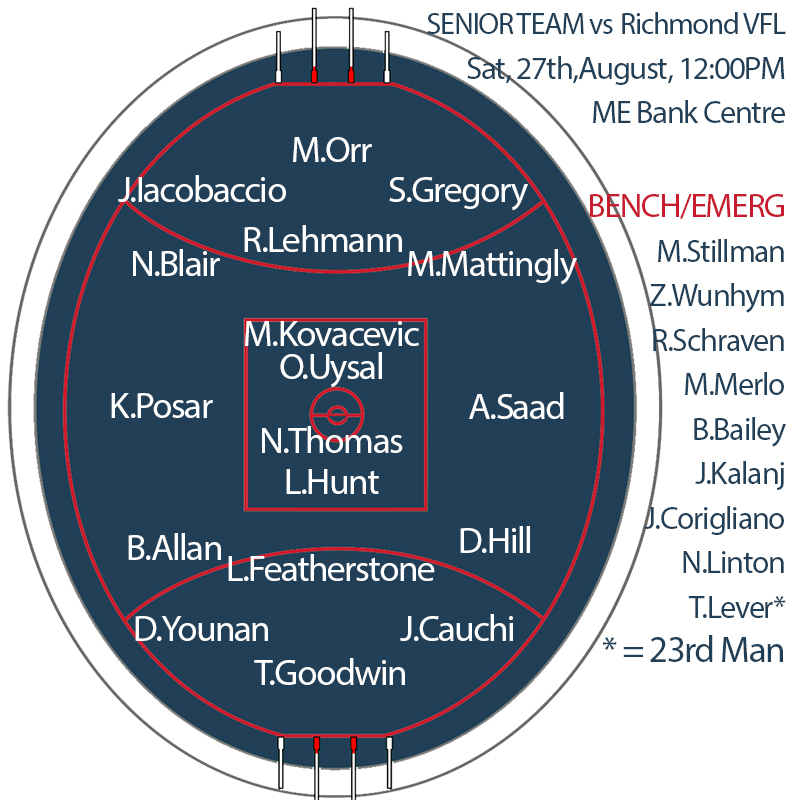 The Development side who play in a must win game against Port Melbourne had also seen little change from the win against Frankston. Cannons Ben Barton and Jack O'Sullivan will again deputies if available. Any further changes will pend on Senior selection and will come from the extended bench. 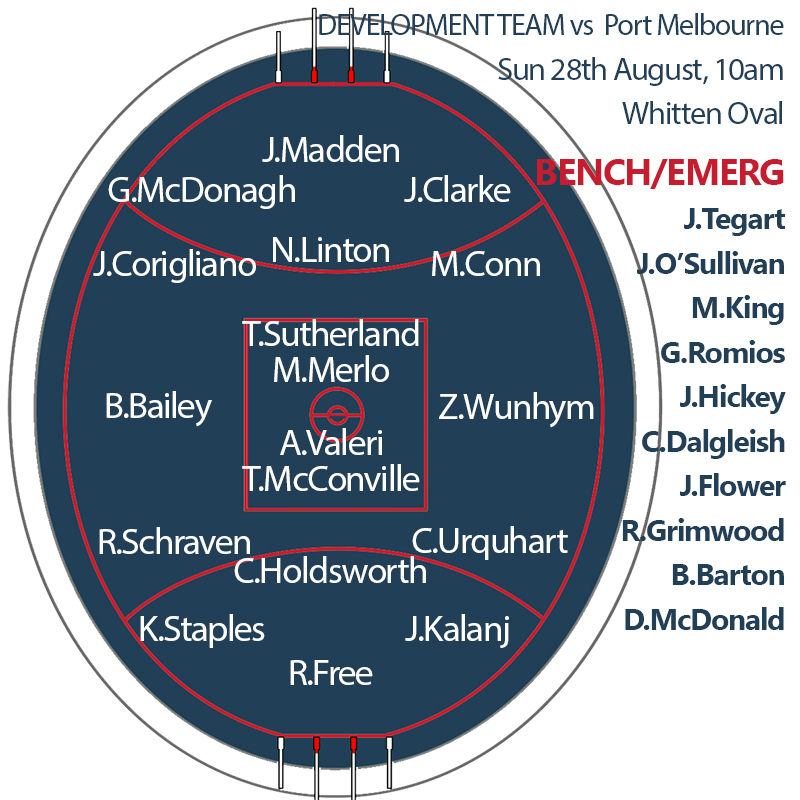