Team Announcement: Round 6 vs Essendon

Our side has been selected for this weeks Round Six Strathmore Bank community cup!

Out of the side go Ahmed Saad, Robbie Fox and Dylan Tarczon, who all miss due to injury. Michael Mattingly will also miss having been rested.

Dion Hill makes his way into the side for the first time since round one. Former Northern Knight Michael Ercolano has earnt himself selection as 23rd man, therefore making his senior debut for the club. The midfielder/small forward was one of the top TAC cup performers in 2015 managing a third placed finish in the Knights best and fairest.

The Development League side have a bye which will result in players not playing Sunday either spending time with their local club or being rested.

The game begins at 2PM, back on Piranha Park. The VFL women’s competition will once again be a curtain raiser to the game with the Darebin Falcons coming up against the Eastern Devils, beginning at 11am. 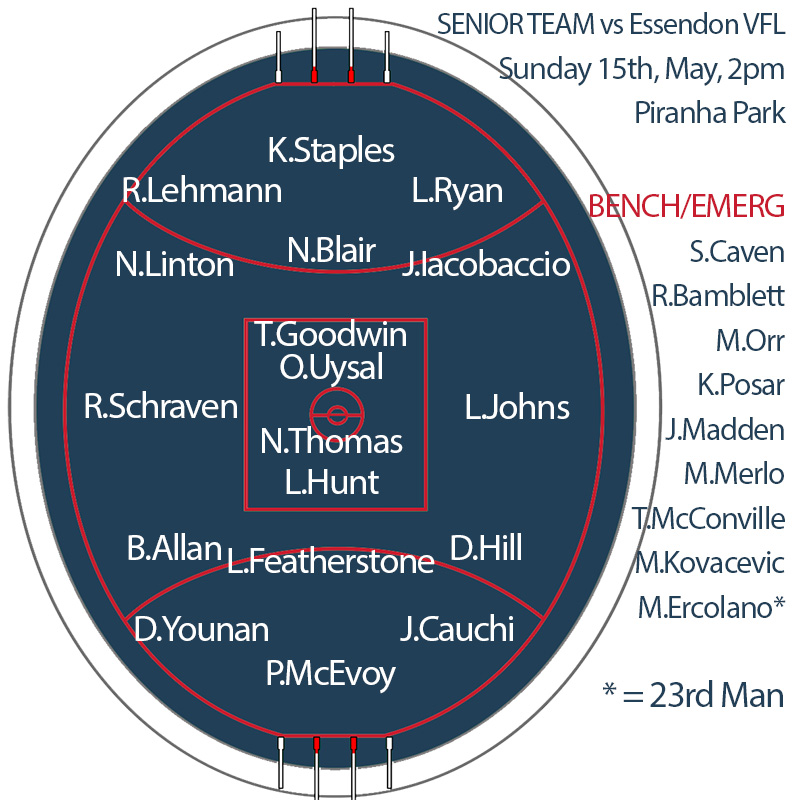 Coburg Lions take up the fight against Breast Cancer