Coburg are delighted to announce their first signings of this off season, with Williamstown’s Tom Condon & Norwood EFL Representative Lochie Dickson agreeing to terms for the 2018 season. 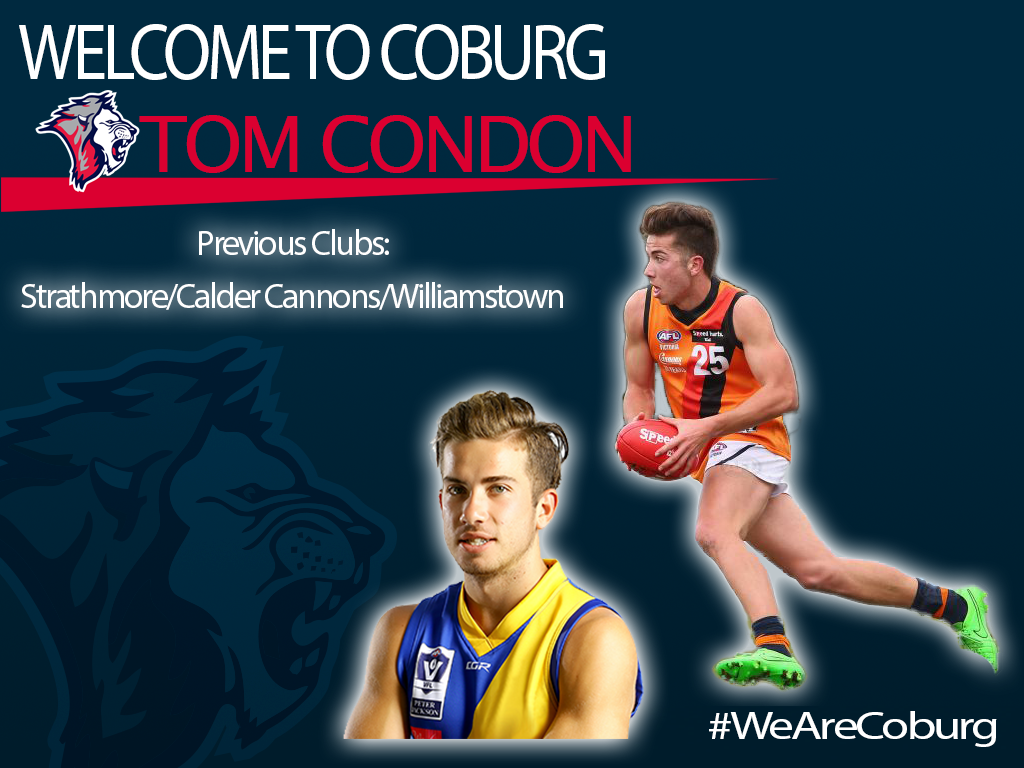 Tom spent two seasons with the Seagulls and made his VFL debut in Round 16, 2017 against Coburg and would hold his spot for two more games, averaging 15 disposals, 4 tackles and 3 Inside 50’s. He was also a key component in the Development League sides Grand Final appearance. A former Calder Cannon & Strathmore Junior, Tom joins many of his former Calder Teammates at Coburg.

“I’m just really excited to join a club with plenty of up and coming players and can see a bright future in the years to come. It also helps as well when I have a few really good mates from the Calder Cannons class of 2015 on the list,” said a determined Condon.

“In 2018 I think the main focus of the group should be to win as much games as possible, and to be realistic finals would be a huge achievement as a group compared to previous years.”

“Personally in 2018 a goal would be to play as many VFL games as possible, as I have moved to Coburg for more of an opportunity.” 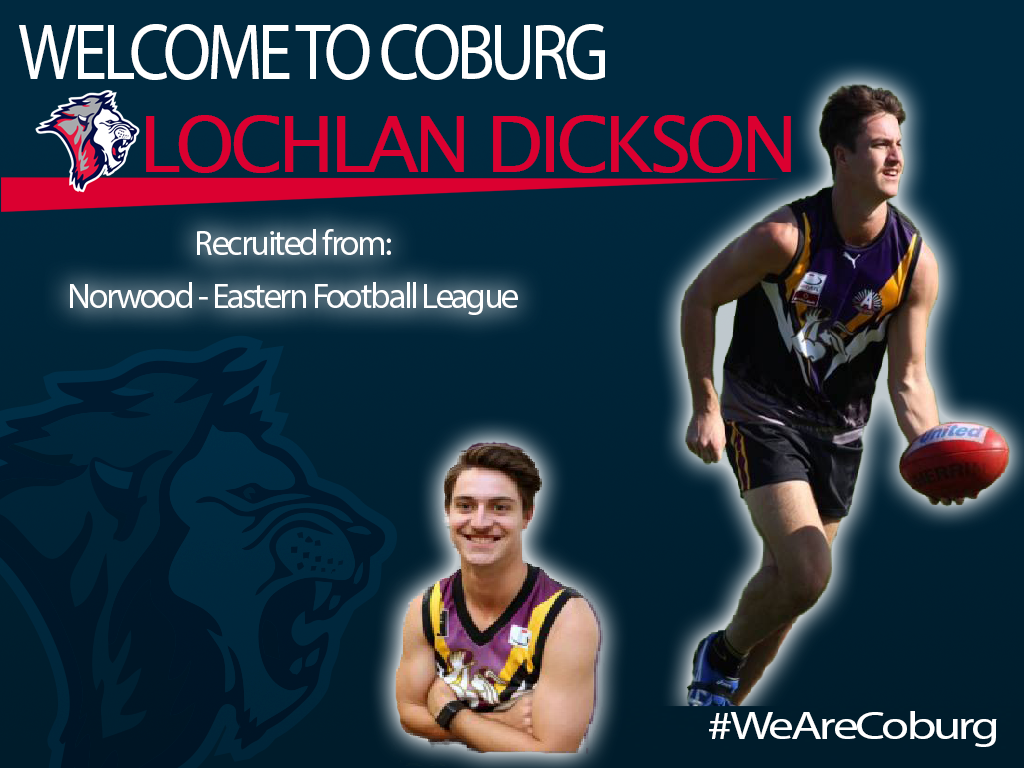 “I’m excited to push myself at the next level, & have a new challenge. I guess I followed the season (Coburg’s) this year and hopefully can help bring a bit more success going into next season, & play a part in that,” Dickson said.

Lochie is also looking forward to working with new Coach Leigh Adams, whom he was Coached against in 2017.

“I guess I also followed Leigh’s season with South Croydon a bit, taking them from the bottom to premiers. But more importantly I’m also looking forward to working with him & understanding his experiences throughout his time at AFL Level.”

Stay tuned for more List Management updates as they come to hand.