Young Lions look to roar their way to higher spot 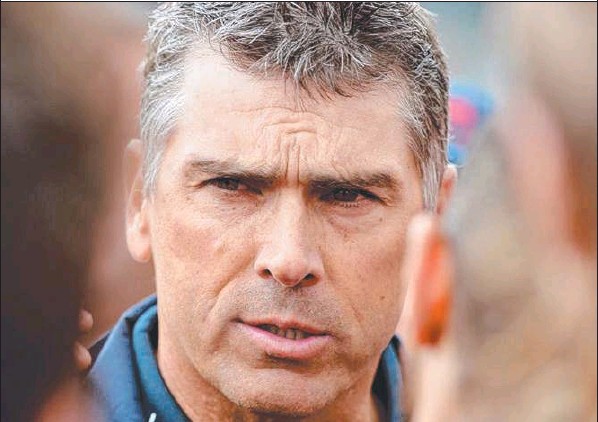 COBURG boss Peter German has declared his Lions have no plans to be one of the competition’s bottom-rung sides.

But with a new-look side that has an average age of just 21, German is steering clear of attaching any winloss targets to the coming campaign after a 14th-placed finish in 2014.

Rather, the sky is the limit and that has the coach brimming with excitement ahead of Round 1.

“We don’t have a real experienced side,” German said.

“So we just don’t really know (what to expect). But I think that’s the exciting thing. All that we know is we’ve improved, but has the competition improved? Maybe so. So we’ve got to improve at a greater rate of knots than some other clubs for us to climb the ladder.

“We’re a club that’s not going to accept being a bottom-rung club.”

Last preseason had German at times questioning why he decided to take on such a tough job.

He had only a small pool of players sticking around after the club’s alignment with Richmond ended and was forced to trial more than 120 players before deciding on a final squad.

But this preseason has been vastly different.

Thirty-two players have been retained from last year’s squad, all now with at least one year of VFL football under their belt.

It has made the task of assembling the rest of 65 member squad much easier and allowed German to focus on plugging holes in certain areas this time.

The list of ins is headlined by former Melbourne and West Coast player Cale Morton.

“I think last year we really weren’t sure how deep we could go but we certainly found out that we were missing some players in certain areas. But this year we’ve been able to rectify a lot of those areas.

“If anything, the hardest part for us this year is going to be picking the side on a weekly basis.”

Guilty in the past of not properly connecting with Calder Cannons, the Lions have worked hard to build a strong relationship with the TAC Cup club over the past 12 months.

This year, 14 Cannons graduates have joined its ranks, many of whom hope to follow the path of new Gold Coast Suns’ defender Adam Saad, who spent two years at Coburg before being snapped up in last year’s Rookie Draft.

“With the TAC Cup we only had two last year whereas this year we’ll have about a dozen from the TAC Cup who have been good players in that competition,” German said.

“Many of them are still raw in experience and size at this higher level. But you can just see the talent that has made them good TAC Cup players.”

The Lions’ campaign kicks off against former alignment partner Richmond on Saturday, with a home game fixture at Piranha Park from 2pm.

The message from German is his troops are ready to do battle.

“We’re excited just to be able to get out there and run around for four points again,” he said.

Article courtesy of the Moreland Leader.