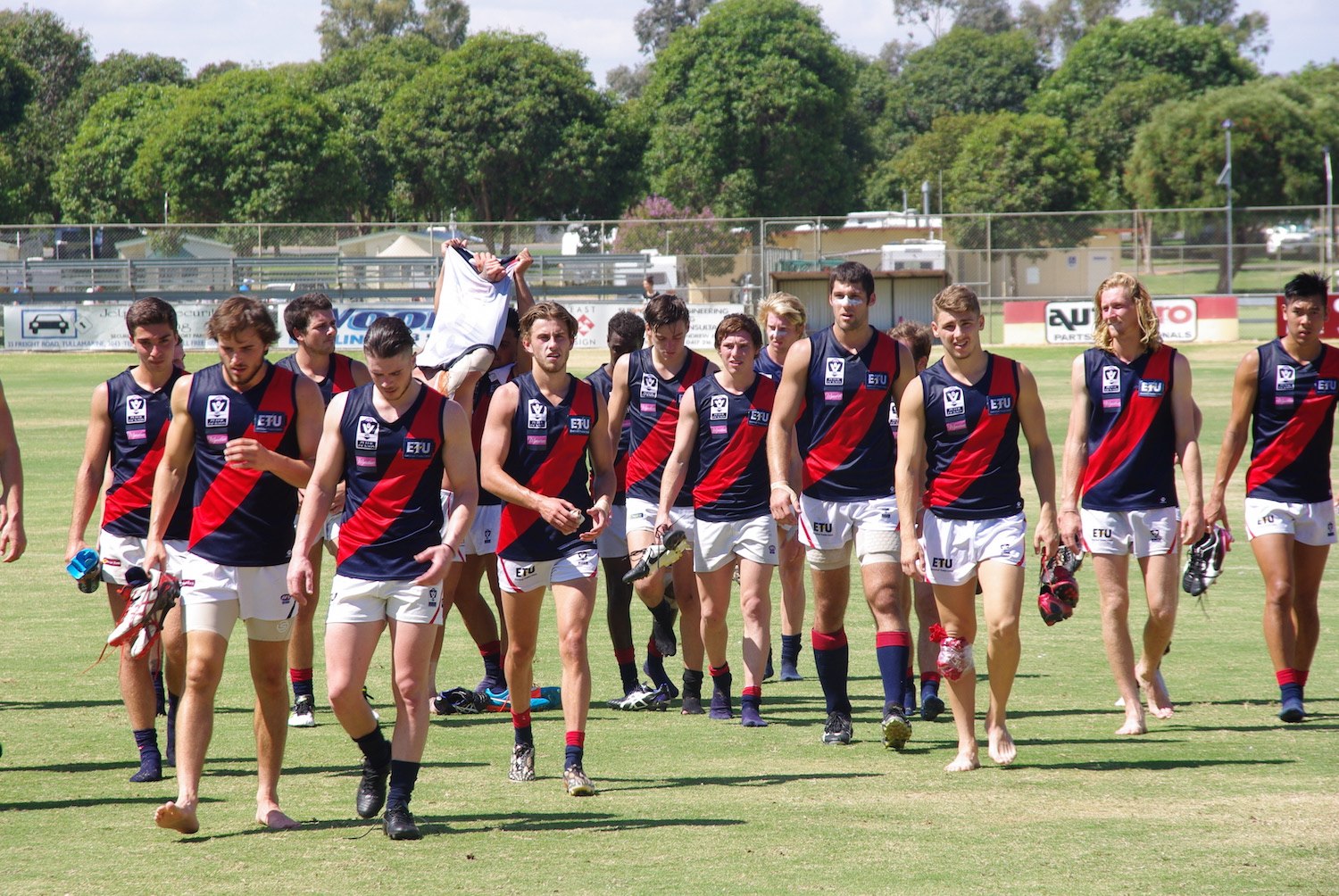 The Development Lions have started 2015 in the strongest possible way showing their intent against an understrength Yarrawonga side in the club's first official pre-season match this season winning by 127 points.

Daniel Cooper, Andrew Sturgess and Nick Robortella showed their senior level experience controlling the contests and run off half back combining for 62 possessions.

The Lions never looked like losing and imposed themselves on the match with superior running and commitment to every contest, which would no doubt please new Coburg Development coach Marcus Hastings.

Among the players playing in their first game in the Coburg Navy and red, Jackson Clarke, Brandon Bailey and Cameron Holdsworth all brought something new to the Lions side.

Ruairi Cleary was the star up forward with 4.1 goals, from all sorts of angles proving he still remains as one of the best set shots for goal at the club.

The ball was limited in the backbone, but young James Latham and Matthew Huckstepp proved to be smart on the ball in switching play and controlling that ball deep in defence.

Ben Sortino's work at the stoppages was key with 42 hitouts and an impressive 5 tackles.

You could see all the hard work put into lifting the boys' fitness paid divendends, and they ran the inexperienced Pidgeons off their feet in the second half closing the game out with a 127 point victory.

Mance and Hartley set to join the Academy Squad