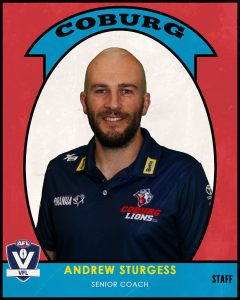 Andrew Sturgess was announced as Coburg’s new Senior Men’s Coach in August 2019 and his first season as coach of Coburg FC was cancelled due to covid in 2020. In 2021 Andrew finally got to fulfil his passion for the club as its Senior Men’s team coach and although covid impacted the season again, the team was able to at least play 10 games. Coburg finished the year 3 wins and 7 losses but there was clear improvement with the cohesion, connection and on-field performances of the club. 4 games were lost by 4 points or less so Andrew will be looking to 2022 with great optimism that with further improvement we can take another great step forward.

Prior to becoming senior coach of Coburg, Sturgess made 21 appearances for the club in 2014-2015, where he was a well-respected member of the playing and the leadership group.After a year away from the club in 2016, he returned for the 2017 season, this time as an Assistant Coach responsible for the midfield before departing the club at the end of 2018 to take up the Senior Coaching role with Northern Football League Division One side Bundoora.

A former Northern Knight, Sturgess has also played with the Northern Football Leagues Eltham and the Goulburn Valley Football League’s Seymour, where he won a Best and Fairest and also was named in the GVFL’s team of the year in 2016.

Away from football Andrew is supported by his wife, Bianca and son, Leo and he has also represented Northcote and Carlton in Victorian Premier Cricket. 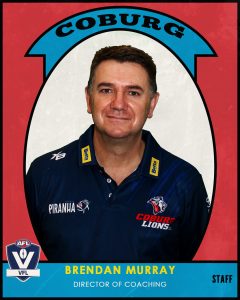 Brendan joined the club as its Coaching Educator/Director of Coaching at the end of 2019. He has been a mentor of Senior Coach Andrew Sturgess for a number of years. Brendan is highly regarded within the education industry, founding several schools for disadvantaged youth and consulting on major educational issues and projects all over Australia. Brendan so far has proven to be a valuable asset in assisting our coaching staff to create a highly engaging learning environment to build the capacity of our players.

Brendan was on Collingwood's AFL list in the 1990's, winning the clubs last ever under 19 club Best and Fairest which earnt him promotion to their senior list the next season. 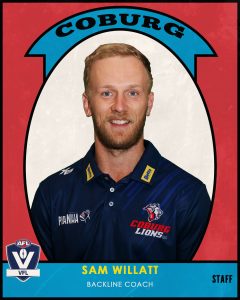 Sam Willatt is another new coach to join the club ahead of the 2022 season, reuniting with Andrew Sturgess who he was coached by at Bundoora in 2019. From the United Kingdom, Willatt represented the Great Britian national team before moving to Australia to pursue his football further. He would spend time with Footscray and Sandringham's VFL programs across the 2016-2017 seasons, with his coaching experience coming from the VAFA's North Brunswick where he co-coached their reserves to a premiership in 2018 and was a Senior Assistant Coach in 2021. 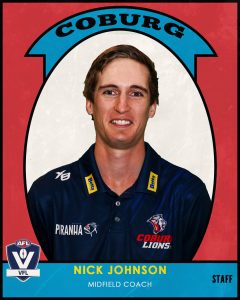 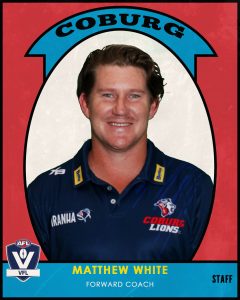 Former Richmond and Port Adelaide 153-gamer Matthew White is another new addition to the clubs football department/coaching staff ahead of the 2022 season. White's AFL experience gives him credibility with what it takes to be successful with the professionalism and understanding he has had from his 12 years in the elite environment which will undoubtedly be beneficial to the playing group.

White has a connection to Coburg - he played 49 games from 2006-2013 while a Richmond listed player, and he also was drafted to Richmond via the Calder Cannons who previously played their home games at Coburg City Oval during White's time at the Cannons. 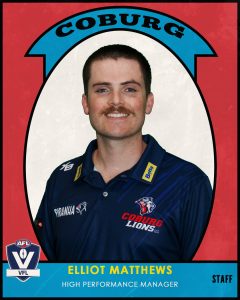 Elliot started at Coburg for the 2018 season as part of an internship for the High Performance team, before becoming elevated to a strength and conditioning coaching role for the 2019 season. In September 2019, he was appointed the clubs new High Performance Manager.

Elliot’s previous experience includes working as a personal trainer for both Pro Sport Health and Fitness and the Yarra City Council. He also previously was a strength and conditioning coach with VFL club Port Melbourne in 2016, and has also worked as a Hockey Coach with Kew’s Xavier College.