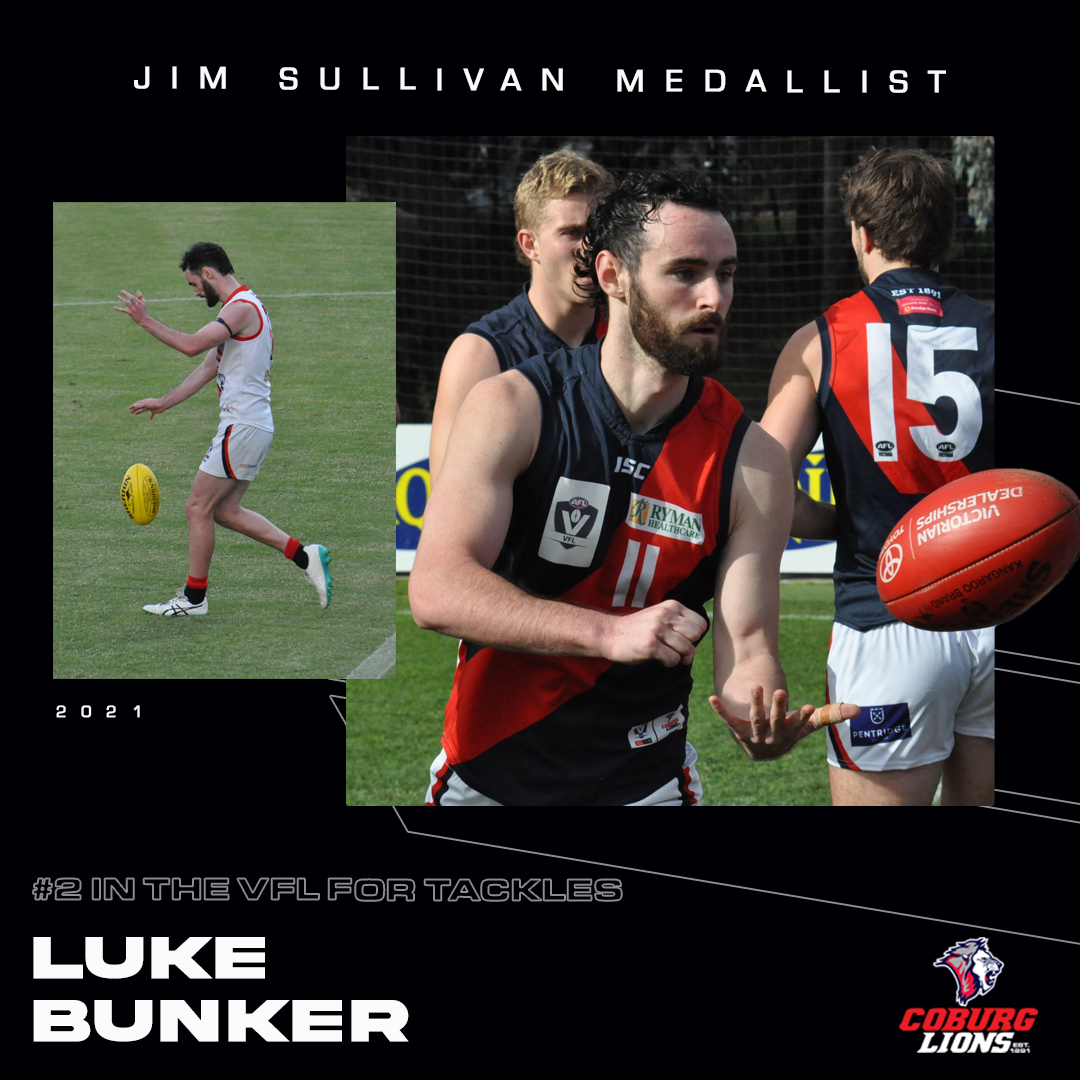 In his fifth season at the club Bunker took his game to another level, averaging 26.5 disposals and 8.1 tackles per game. The midfielder only had less than 20 disposals once in 2021 and finished second in the VFL for tackles.

On four occasions during the season, he laid over 10 tackles while his record for the year was 14 tackles against Collingwood in Round 4.

Bunker received maximum votes in the Round 5 and Round 12 victories over Port Melbourne and Carlton. The performance against Port Melbourne was one of his best displays during his 2021 campaign with 36 touches and 12 tackles.

Bunker was also named Lion of the Round in Round 6 where he had 29 disposals, six marks and eight tackles against Geelong.

The best and fairest victory is Bunker’s second club award alongside his Phil Cleary Rising Star Award for his debut season in 2017.

Bunker, who represented the club in all 10 games in 2021, said he was thankful and humbled to be awarded the Jim Sullivan Medal.

“I am extremely honoured to win this award and it’s very humbling when you consider Coburg’s long and rich history,” he said.

“I play with the best teammates in the world who make it such an enjoyable experience and I feel very lucky to be a part of this special group.”

“Representing the Coburg Football Club means so much to me so to be recognised with this award is truly a blessing. I am so excited for what our club is going to achieve next year and can’t wait to attack the 2022 season.”

“He’s incredibly selfless, really humble, honest, intelligent and a loyal person and I’m absolutely stoked that he’s getting the recognition that he deserves after tireless years of probably playing his role and going about his business,” he said.

“This is probably the third of fourth year in a row that he’s finished top five in the tackles in the competition, which I think shows his determination to play for the team and to do the stuff that’s not necessarily pretty or gets a lot of recognition externally.”