The Lions will be back at Piranha Park on Sunday to take on Port Melbourne before heading into a bye in round five.

Going down by 51-points to Box Hill on Saturday, this week will be an opportunity for the group to get their second win of the season against another stand-alone club.

With such a young and talented list, there will again be two more debutants to don the red and blue.

Will Donaghey and Tyson Old will run onto Piranha Park for their first VFL game this Sunday. Members of the leadership team will present both players with their Coburg Football Club Guernsey which will be live streamed on the clubs Facebook page.

Tyson Old has been playing for Northcote Park in the Northern Football league who had an unbeaten start to the season. The medium-sized wingman and defender was part of the Essendon VFL development squad in 2018. Known for his desire to improve and work hard, expect to see those qualities displayed on the weekend.   Click here to read more about Tyson Old – https://bit.ly/2VE4MrM

The club recruited 19-year-old Will Donaghey from the Wodonga Raiders who has been impressive in the Ovens and Murray Football League so far this season.  A former Murray Bushranger, Donaghey is equally comfortable in the midfield or as a defender.

Murphy, Gillard and Sandric are a chance to also come into the side after being named on the extended bench this week.

On the injury front; Mark Baker and Xavier Fry are all close to overcoming their setbacks and could be back playing for their local teams within the next two weeks.

Off the back of being named ‘Lion of the Week’ against Box Hill, Harry Nolan will be looking to continue his outstanding pressure display across the back half.  The dynamic forward line of Stroobants, Lowson, Cannolo, McEvoy and Binion will again look to hit the scoreboard at Piranha Park and cause problems for the Port Melbourne defence.

Port Melbourne will be coming into the match after wins in the last two rounds, defeating Box Hill by 24 points in round three and a 55-point win against North Melbourne last Saturday.

At 12.25pm there will be a minute silence for Ian Liversidge after he sadly passed away on Sunday, April 28th. Ian was one of 11 club legends from Coburg’s 129-year history, a hall of fame inductee, a life member, as well as a VFA/VFL Life member who will be sorely missed among the Coburg Football Club community.

The match will kick off from 12:30 pm Sunday at Piranha Park. All Coburg Football Club members and supporters are encouraged to show up in red and blue to support the group before they head into the bye the following week.

The game is set to broadcast on radio 3WBC 94.1FM and is brought to our fans by Coburg FC sponsor Jetport Parking.  For all your airport parking needs, see the team at Jetport Parking. 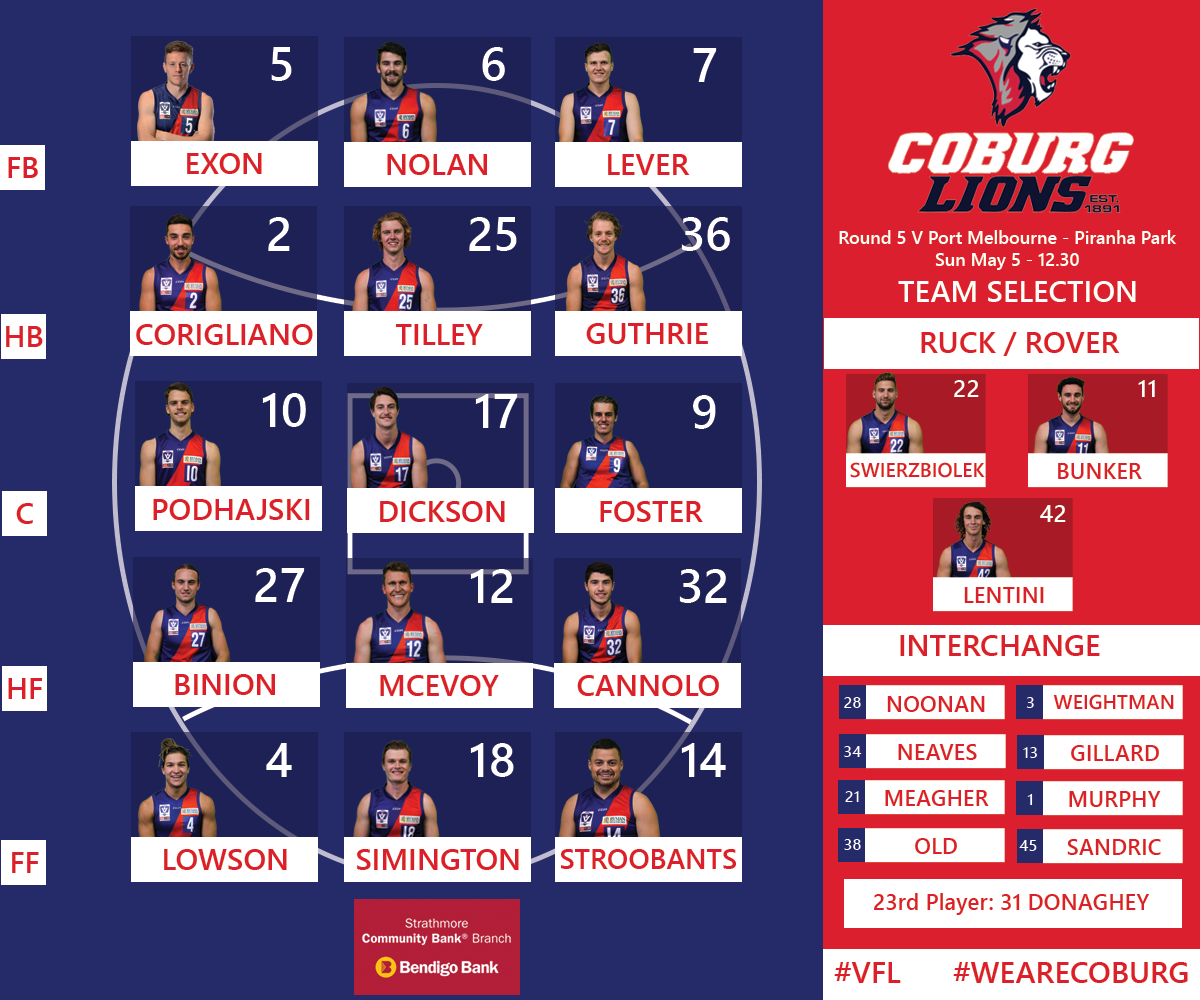