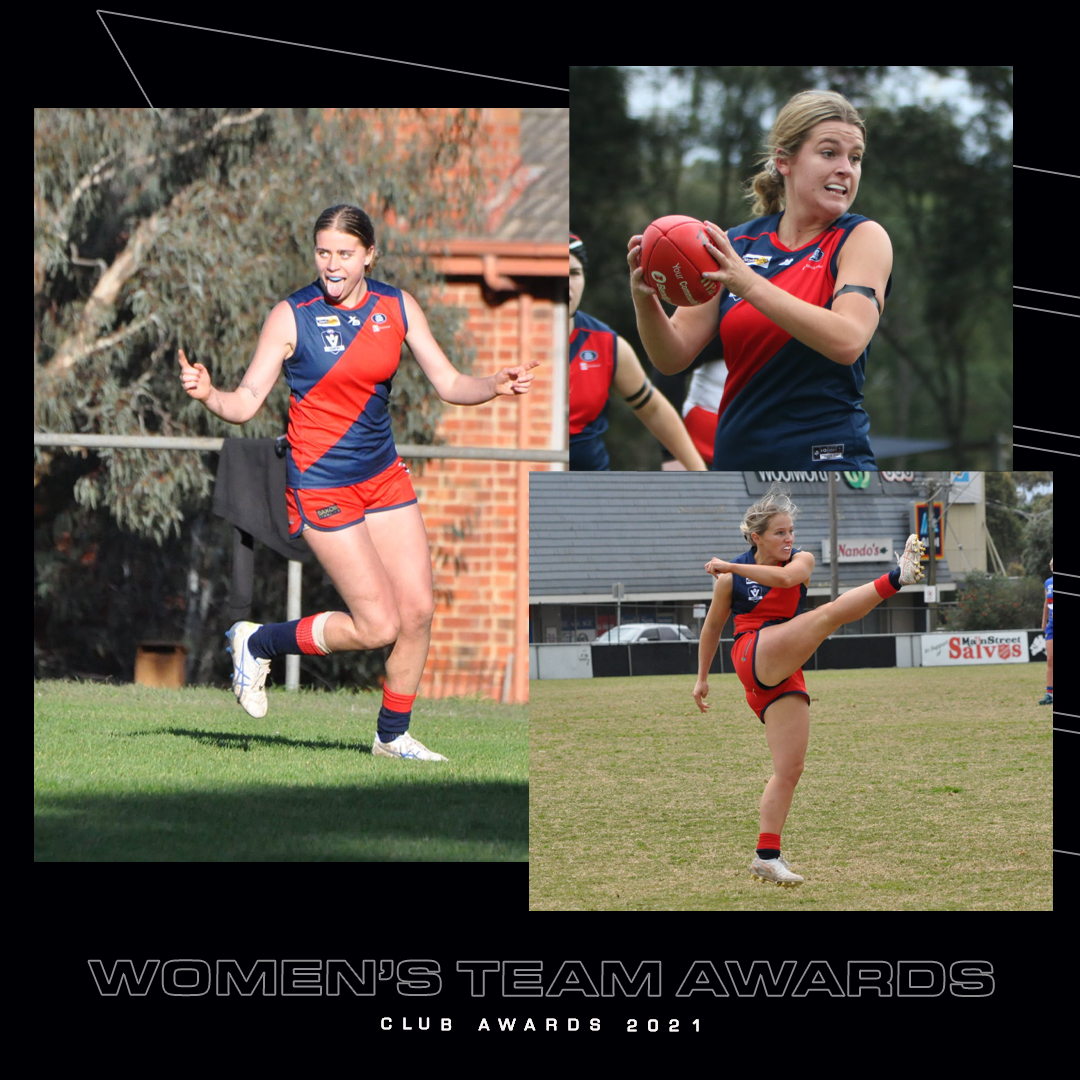 Coburg Football Club staff and volunteers have been recognised for their contributions during the 2021 season at the 2021 Jim Sullivan Medal.

Ciara Elliot was the winner of the Vicki Cleary Most Courageous Award. Recovering from a torn ACL, Ciara played all 10 games in the team’s maiden season in the South Eastern Women’s Football League where she averaged 12.3 disposals, 4.3 tackles and 2.2 clearances per game and was a committed to playing her role each and every week

Ciara was the named the Women’s Lion of the Round in round three against the Seaford Tigerettes while she was also deemed best on ground in the 11-point win against Tyabb in round five.

The Team Spirit Award was presented to Maddie Edwards who was named as the Coburg Women’s Team inaugural captain. Ever the professional, Maddie lead the team through a stop-start season, helping them secure fifth place on the SEWFL Ladder and a maiden Finals berth in the process. She averaged 12.7 disposals and 6.1 tackles per game this year.

Exciting ruck/forward Sophie Damon was given with the Leading Goal Kicker award after she kicked eight goals from her ten games this season, which included a four-goal haul against Frankston in round 10 in the 60-point victory. In season 2021 Sophie averaged 11.7 disposals and 3.9 tackles.

Daniel Atamian who has been with the club since 2018 was the winner of the Graham Douglas Club Person of the Year Award. Normally the Club photographer for the Men’s games in recent seasons, Daniel took on additional responsibility this year after volunteering to become the Club’s Media Manager literally a week before the start of the VFL Season and worked tirelessly to deliver social media content for the Women’s Team on matchday.

The recipient of the Lloyd Moss Volunteer of the Year was Stephanie Pavey. Stephanie joined the Club and became the Women’s Team Manager earlier this year and displayed impressive levels of commitment, dedication and professionalism for the Women’s Team whilst juggling university studies. Stephanie playing an integral role to help get the team up and running on and off the field.

The club congratulates all of its winners and is grateful for all the support and efforts from our staff and volunteers during our 2021 season.