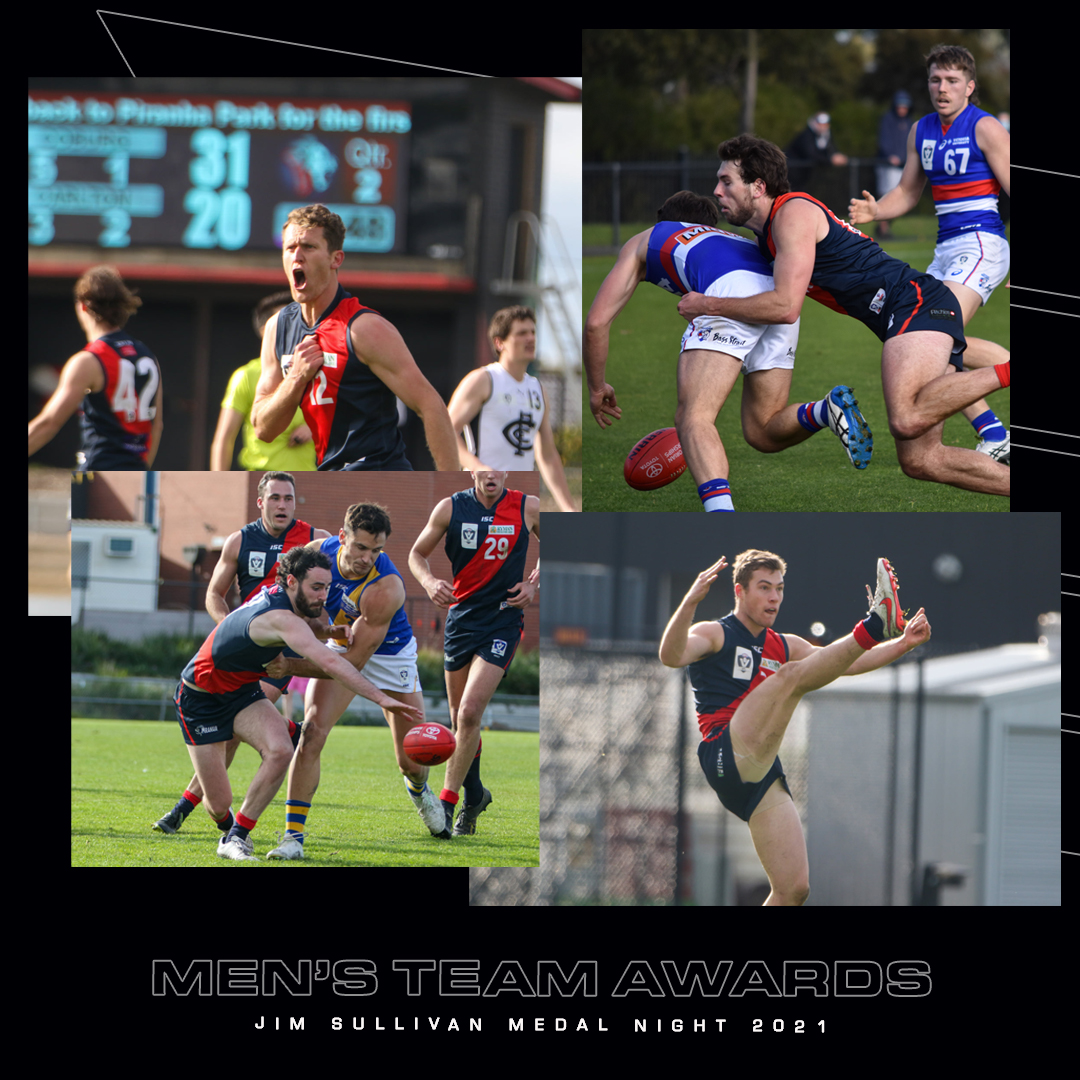 The annual Jim Sullivan Medal night is a celebratory event for everyone affiliated with the Coburg Football Club.  This year is no exception, with 2021 co-captain Pete McEvoy leading the pack, winning the club’s leading goalkicker award.

McEvoy was a constant threat throughout the season, finishing with 22 goals after 10 games, averaging 2.2 goals with a season high of 4 on two occasions, against Port Melbourne and the Northern Bullants in rounds 5 and 13.

The skipper becomes a two-time winner of the award, after winning the award in 2017 when he amassed 24 goals for the season.

It wouldn’t be the only award for McEvoy on the night; the skipper also won the Nick Carnell Leadership award.

The Trevor Price Team Spirit award is awarded to midfield workhorse Tom Silvestro.  Described as the “epitome of a hard-working footballer” by his midfield counterpart Charlie Thompson, it is no surprise to those within the clubs’ four walls that Silvestro received this award.

The recipient of the Jeff Angwin Most Courageous award was co-captain Ryan Exon.  Just wrapping his 5th season at Piranha Park, Exon has created a reputation for doing anything required for the success of the team and is at the forefront in continuing to instil good habits among the younger players.

Charlie Thompson capped off his debut season with the Burgers by winning the David Starbuck Most Determined award.  In his 10 matches, Thompson racked up 22 touches a game and, with a season high of 34 in our round 3 victory over Brisbane.

Receiving the Phil Cleary Rising Star award for 2021 is Tom McKenzie.  The young speedster averaged 16 disposals and was a constant threat off half-back with his willingness to drive forward take pressure off our backline.

Wrapping up the players’ awards is the Eric Lines Players’ MVP, awarded to Jack Maibaum.  Averaging 6 marks a game in 2021, Maibaum was an ever-present thorn is the side of opposing forwards, racking up intercept possessions throughout the season.

Dan Atamian, the 2021 Media Team Leader is the recipient of the Graham Douglas Person of the Year award; while Pavey is awarded with the Lloyd Moss Volunteer award, for her great work as the team manager for the inaugural season of the Women’s team.

Congratulations to all the award winners!