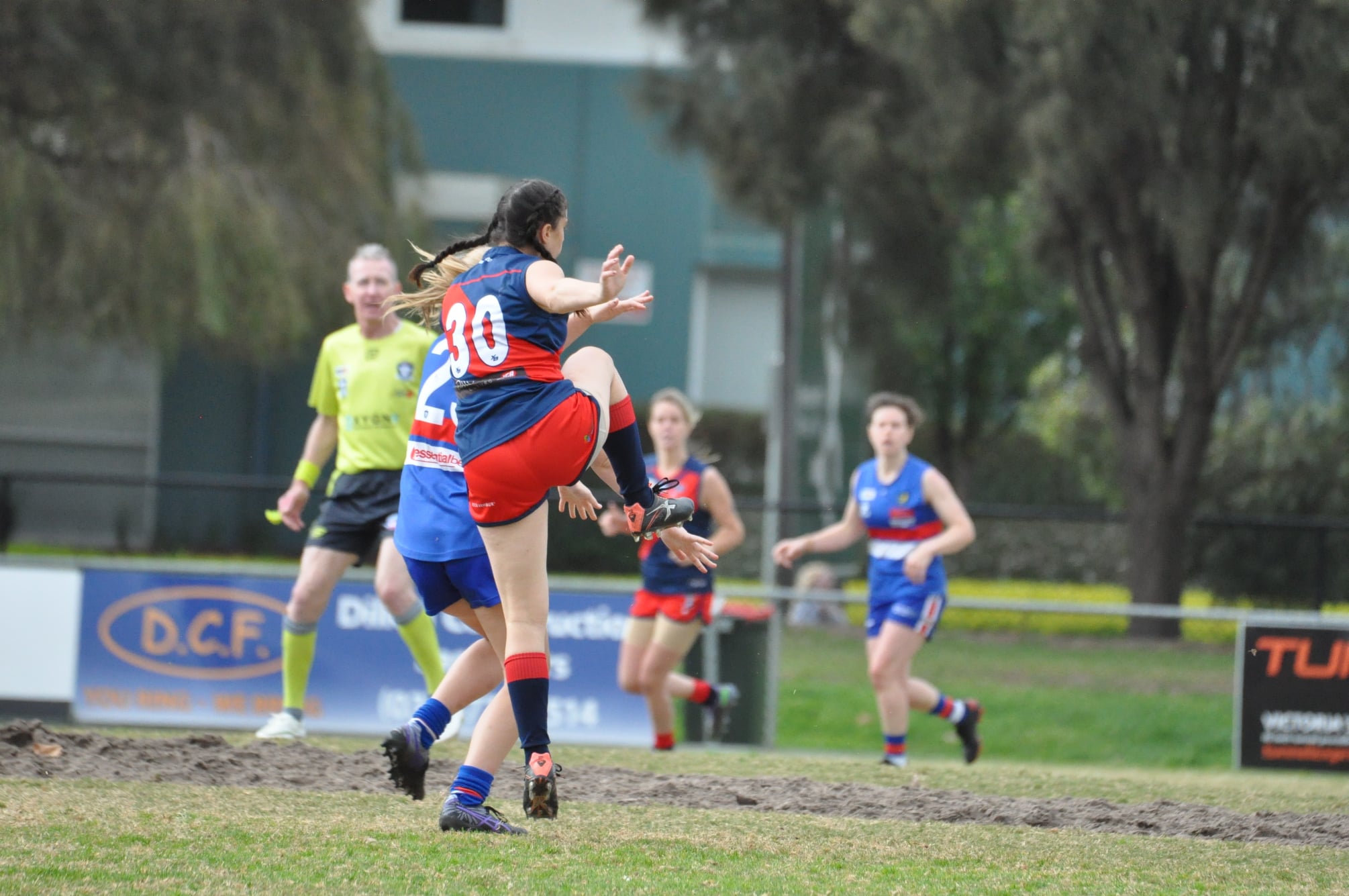 Piranha Park, Coburg on Sunday 12th May at 11am (Development).

The Lions had a strong performance in their last outing against the Bulldogs last season, easily accounting for them in a convincing 56 -point away win.  Tanya Hendy and Regina Said were the multiple goal kickers on the day, finishing with two apiece.  The highlight of the game, however, was a goal to our defensive general, Amy Mitchener, who ventured forward in the second half and kicked truly for her first goal for Coburg.

The development side will host Pearcedale for the first time.

Both the senior and development sides were able to continue their great starts to the season with wins against Tyabb and Karingal respectively.  It was not all smooth sailing however, with neither side able to dominate the scoreboard like the opening matches this season.  In trying conditions, not as extreme and the reverse fixture last season, the Lions opened a small 15-point buffer at the half, aided by Tyabb inaccuracy, only able to register five minors scores.  Teagan Brett had another great performance, finishing with two goals, as the sole multiple goal kicker on the night.  Goals to Hayley Baber, Claire Cashman and Regina Said helped secure the 28-point win.

Some wayward kicking set to de-rail the perfect start to the season for the development squad, but a goal in the third term by Ashlea Wilson was enough for the development side to prevail by 5 points.  Alana Wenban was a standout performer on the night, taking on a midfield role and executing her role expertly.