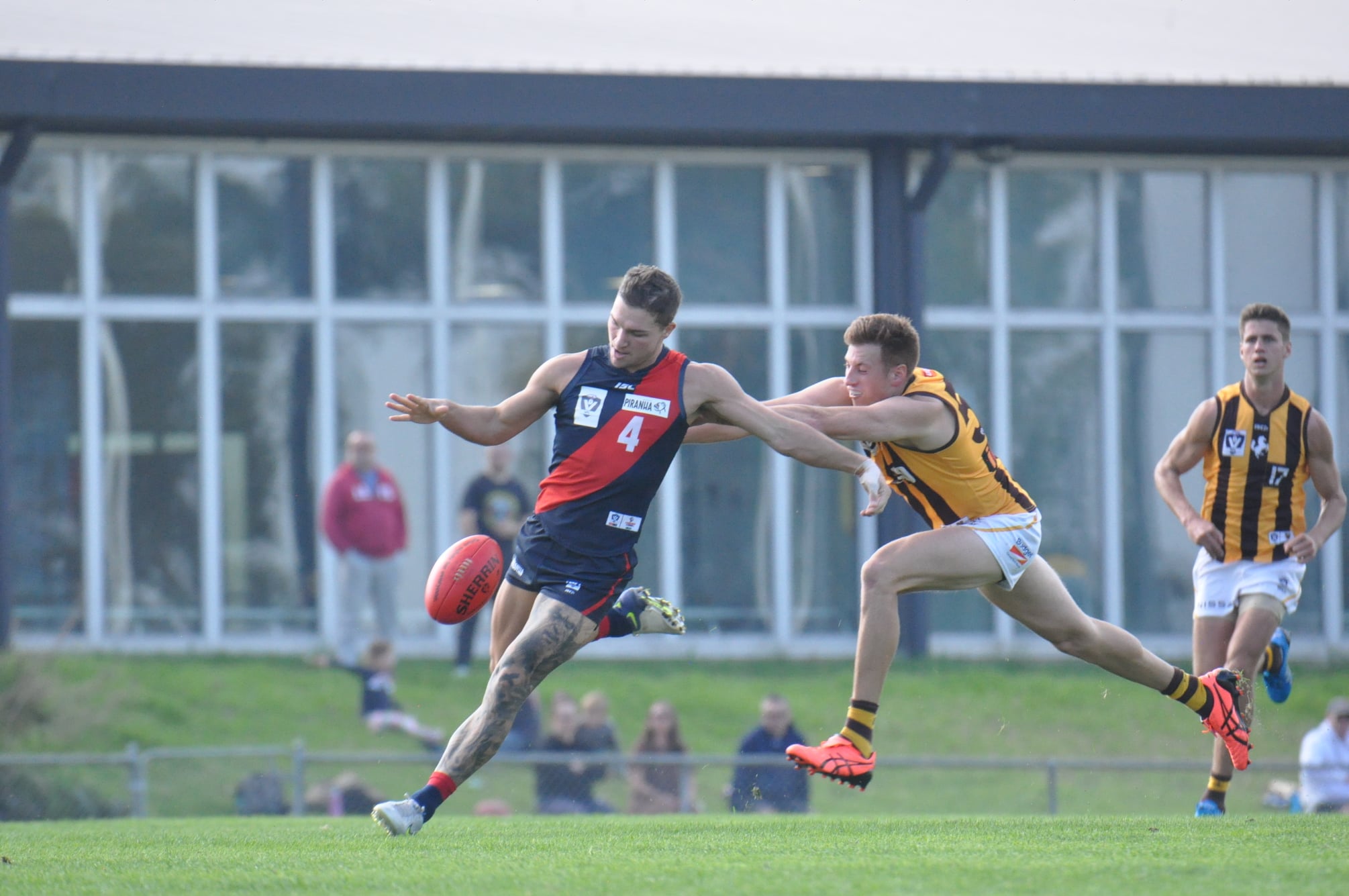 Exciting small forward and crowd favourite Sam Lowson will play his 50th game for Coburg this weekend against Sydney at Piranha Park.

Joining the club in 2017 it hasn’t been a smooth sailing journey for Lowson with injuries and Covid interruptions and when asked about how proud he was to reach the milestone he responded, “it’s definitely a massive achievement to play just VFL let alone 50 games”.

“It’s been a long time coming five years at the club I should have got here a lot earlier had it not been for injuries, but it has been good to finally get some consistency lately though,” said Lowson.

Starting in the development squad Lowson had to earn his spot in the team the hard way which he did in Round 8 of the 2017 season. Lowson is very appreciative of the help and support he’s had throughout his time at the club.

“It has been an honour, a lot of people have believed in me over the journey, and it’s been good to repay the faith,” Lowson said.

The former vice-captain is no longer in the leadership group but is still regarded as one of the leaders around the club and when asked on whether he still strives to provide a good example and leadership to the young playing group Lowson said, “I think obviously there’s the set leaders, but I believe because I’ve been around for a while I try and take on a leadership role still and help the young players whenever they need”.

After being involved in Woodville-West Torrens 2020 SANFL Premiership a game in which Lowson admitted he shouldn’t have been playing due to a serious knee injury he returned to Piranha Park last season and booted 17 goals in the Covid interrupted year.

But Lowson’s best form has arguably come so far this season, he has kicked nine goals in five games including bags of three against GWS in round three and Brisbane in round seven.

“Having a good off season has helped me with fitness, I feel like I’ve been playing consistent footy so far this season,” said Lowson.

It has been a tough start to the season for the Lions after a memorable win in round two against Port Melbourne the boys have had a tough fixture losing their next five all against top eight teams including the top three on the table however Lowson isn’t shying away from the form line but is beginning to see signs of encouragement.

“Start of the season was really good we’ve dropped away last couple weeks from what we’re good at, contested ball and switching,” he said.

“After the first quarter against Brisbane though the rest of the game was the best footy we’ve played in a while so if we can continue that, that would be good.”

Finally, when asked what’s next in the football career of Sam Lowson he responded “I’m still striving to get drafted but just playing good consistent footy for Coburg also”.

Lowson and the Lions will look to continue that good form from the last three quarters up in Brisbane against Sydney this Saturday 1.05PM at Piranha Park.