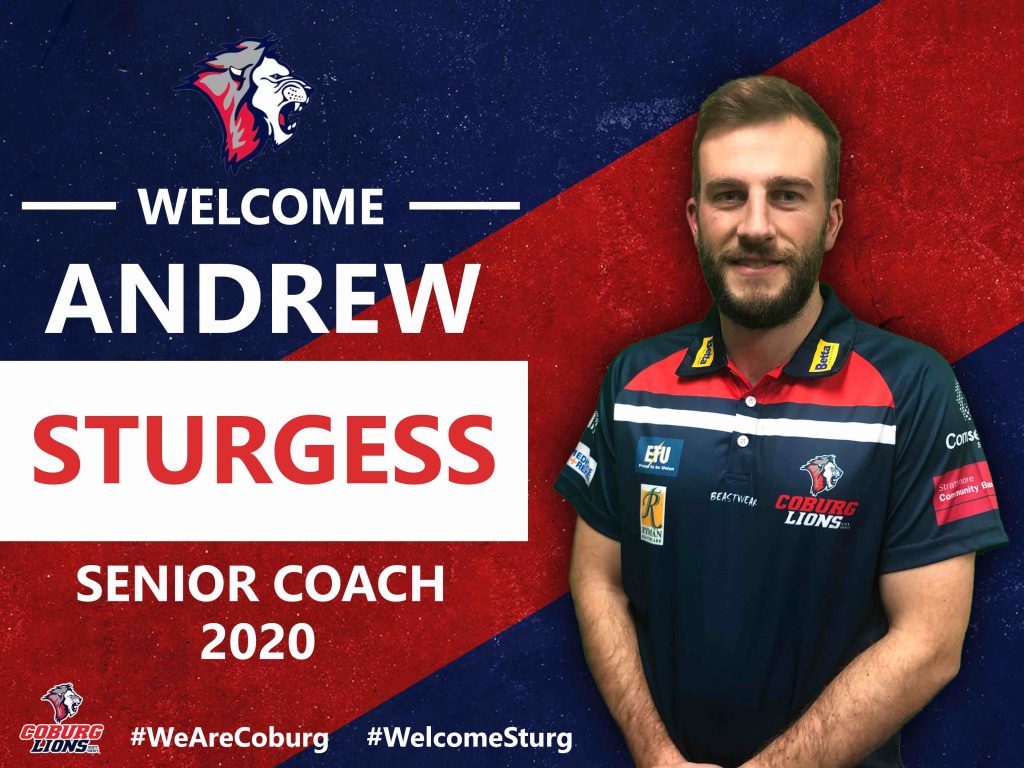 After departing the club at the end of the 2018 season to take up a senior coaching role with Bundoora in the Northern Football Netball League this season, Sturgess returns to the Lions after a thorough search by the board and coaching selection panel.

Coburg Football Club president Kevin Breen is confident the panel has made the best decision for the club, as the club looks to capitalise on the on-field development from 2019.

“After a thorough application and interview process and after receiving some fantastic presentations, we concluded that Andrew Sturgess is the right man to take our group forward” he said.

“Andrew is a very familiar person to our club and especially with our playing group and is also a very well respected person for his passion, hard work and for the contributions that he’s made as both a player in 2014-15 and then as an assistant coach in 2017-18.”

“The club is in good hands and with Andrew as coach we feel the players will quickly adapt to any changes as Andrew is already well known by many players and staff.”

Speaking after signing his contract, Sturgess says he is honoured and excited to be given the opportunity to steer the club forward.

“Being an assistant coach here in the past and a player beforehand has given me a strong connection and love for the club and now that I get to lead it alongside (GM) Seb (Spanguolo) and the board, I’m really looking forward to what we can create moving forward” he said.

Breen believes Sturgess’ familiarity with the club and already solid relationships with many of the staff and players will allow him to begin his journey as senior coach with ease.

“We feel it’s important because in season 2020 the club is facing a challenging year from an on and off field point of view without having home games here in Coburg” he said.

“So having a person that has deep passion, knowledge and care for the club, it’s past and its future will only help galvanise the club and get us going in the right direction. “

“Andrew needs no introduction to our club so he’s able to immediately hit the ground running and start engaging with all stakeholders which was also an important factor in our Board’s decision making process.”

Sturgess was excited to take on the role with a large core group of players having already committed to the club in 2020, which he believes will only continue to improve the club’s on-field performances.

“I’ve obviously been involved in 2017-18 with a core group that are still here and what they’ve added, and the fact that a fair few of them have recommitted shows the unity amongst the group at the moment” he said.

“And the fact that they are young, I think all you’re going to see is improvement from this point on.”

Breen pointed to the wealth of development the list has achieved under Leigh Adams in the past two years and trusts Sturgess is the right man to continue that work.

“The club’s Board and coaching selection panel went into our decision-making process with the view of needing someone to carry on the development of our players because we all feel that in 2019 whilst we haven’t had the wins we’d all have liked, it has been a year of great development by Leigh Adams and his coaching team” he said.

A teacher by trade, Sturgess believes the environment he creates in his classroom reflect the type of coach he will be.

“The way that I treat my students is as a mate, I don’t think that there’s a hierarchy within that relationship and dynamic, I think it’s more about we’re all here to work towards a common goal” he said.

“I’m no better than anyone else here at this club, I’ll accept feedback and listen to their opinions and take stuff on.”

“I think if we can create a collaborative environment, that’s going to be the key to success.”

Sturgess’ final message to the club’s members and supporters is to stick with the team because success is just around the corner, while giving an insight into what they can expect from a side he coaches.

“First and foremost well done to the club this year, getting support behind a group, raising its membership base beyond 1000, the most in the club’s history. The numbers through the gate are phenomenal at the moment,” he said.

“The club’s in a really good position from an off-field point of view and what I’d say to our supporters is just stick with this group because you don’t want to jump off before there is success and hopefully that isn’t too far away.”

“A team that’s coached by me is one that’ll play with plenty of passion, flare, move the ball well, defend hard when they need to and just be given the belief that they can play to their strengths.”

“It’s important that we get games into these kids so the supporters that have shown faith through these tough times are there to witness the success as well.”

Breen echoed Sturgess’ message and hopes the club’s members and supporters continue to show their strength in 2020.

“We encourage our club’s players, staff, members and sponsors to get right behind Andrew as the man to take our club forward, through a challenging period with the best intentions of the club always at heart.  We are very excited for season 2020 and can’t wait to hit the ground running starting in November when the 2020 preseason begins.”

2019 club members can meet the club’s new senior coach and  hear about the clubs redevelopment plans, plans for the 2020 season at our upcoming members forum

To attend the members forum, you must register your attendance via this link: https://forms.gle/chmECG6vyEZtB5ZKA

You must be a full 2019 Coburg FC member to attend, please display your membership card upon entry.

Local League Lions: Round Twenty One 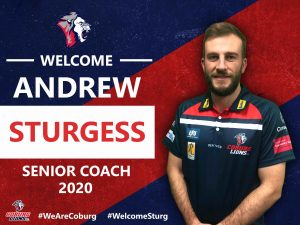 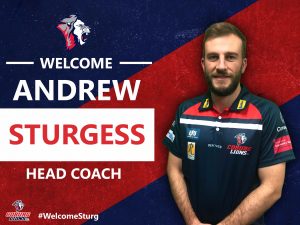