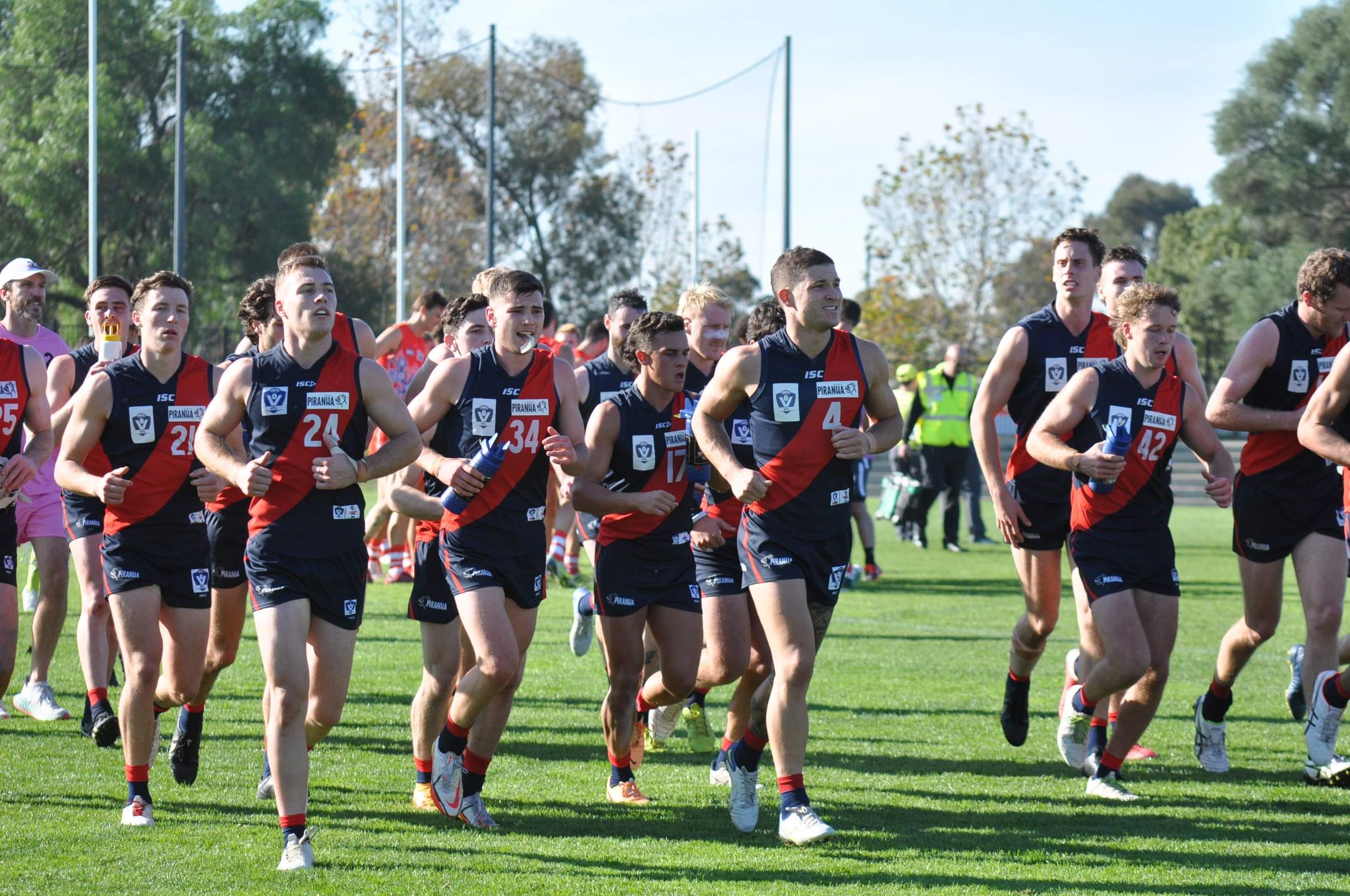 The Lions produced a valiant effort yesterday against a Swans side bristling with AFL listed talent. Coburg 13.8.86 went down 17.13.115 in arguably their best performance since the round one win against Port Melbourne.

The Lions were left ruing a slow start including four Swans goals to none in the first eight minutes. It took Alex Lukic to finally put the Lions on the board midway through the first. The boys controlled periods of the first and were rewarded with goals to Braedyn Gillard after a nice tackle and Flynn Gentile from some good pressure work. Unfortunately, a couple late goals from the Swans got the margin back out to 30 points at the main break with Swan stars Sam Reid and Lewis Taylor dominating the first quarter.

Head coach Andrew Sturgess made a few positional changes at quarter time and after some early goals to Sydney which threatened to break the game wide open the Lions fought back hard and were the better side in the second quarter. Skipper Pete McEvoy kicked a captain’s goal to steady the ship before Luke Bunker and Josh D’Intinosante slotted two pearlers from the boundary to make it 6.5.41 to 11.4.70 at the main break.

The third quarter was one mostly dominated by the Lions and was opened by Alex Lukic who kicked his second goal in an impressive performance profiting from some good work by Gentile and JD which drew a downfield free kick for Lukic.

A couple minutes later and a carbon copy of the previous goal with JD drawing a downfield free, but this time McEvoy was the lucky recipient. From there it was the Pete McEvoy show, he would kick the next two goals to make it three in a row and four for the game drawing the boys back to 13 points and right in the contest. Again, the Swans would kick away again late in the quarter to push the margin back out to 27 points.

The Swans showed their class in the final term some late goals to JD (2) and Gentile after the siren rewarded those two after their best performances for the season. Sturg and the boys will be disappointed as it was one there to steal but the Lions fans left the ground more than proud of the boys’ efforts.

Flynn Gentile was best on ground for the Lions. The young star kicked two and topped our disposal leader board with 24. Skipper Pete McEvoy had a day out also, kicking four.

The Lions will go into next week’s game against bottom placed Essendon with plenty of confidence and the knowledge if they show the same effort they did yesterday there’ll be some wins to come this season.